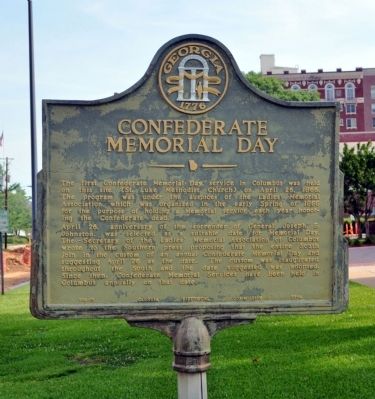 The first Confederate Memorial Day service in Columbus was held on this site (St. Luke Methodist Church) on April 26, 1866. The program was under the auspices of the Ladies’ Memorial Association, which was organized in the early Spring of 1866 for the purpose of holding a Memorial service each year honoring the Confederate dead.

April 26, anniversary of the surrender of General Joseph E. Johnston, was selected as a suitable date for Memorial Day. The Secretary of the Ladies’ Memorial Association of Columbus wrote to the Southern press proposing that the entire South join in the custom of an annual Confederate Memorial Day and suggesting April 26 as the date. The custom was inaugurated throughout the South and the date suggested was adopted. Since then, Confederate Memorial Services have been held in Columbus annually on that date.

Topics and series. This historical marker is listed in these topic lists: Cemeteries & Burial Sites • War, US Civil 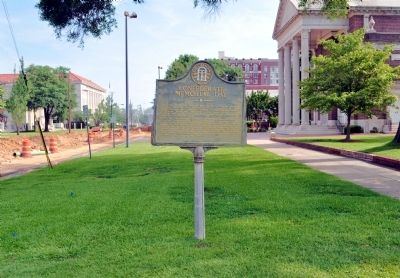 Click or scan to see
this page online
. In addition, it is included in the Georgia Historical Society series list. A significant historical month for this entry is April 1876. 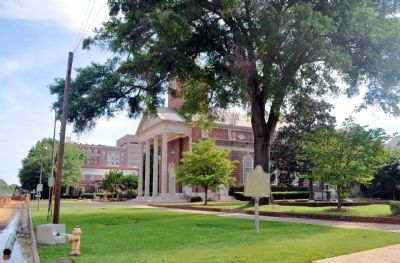