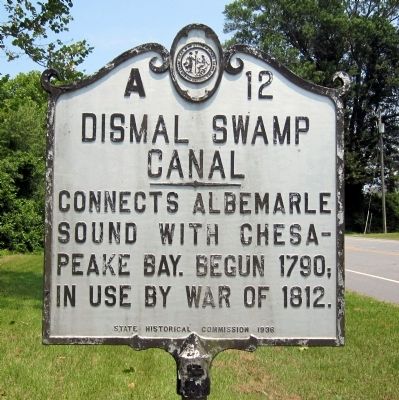 Photographed By Bernard Fisher, June 23, 2012
1. Dismal Swamp Canal Marker
Inscription.
Dismal Swamp Canal. . Connects Albemarle Sound with Chesapeake Bay. Begun 1790; in use by War of 18 12. . This historical marker was erected in 1936 by State Historical Commission. It is in South Mills in Camden County North Carolina

Connects Albemarle Sound with Chesapeake Bay. Begun 1790; in use by War of 1812.

Topics and series. This historical marker is listed in these topic lists: War of 1812 • Waterways & Vessels. In addition, it is included in the North Carolina Division of Archives and History series list. A significant historical year for this entry is 1790. 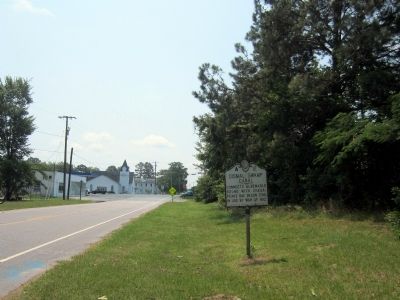 Click or scan to see
this page online
marker also named Dismal Swamp Canal (approx. 4.4 miles away); Seven Patriot Heroes (approx. 9.6 miles away in Virginia); Moycock (approx. 10.1 miles away). Touch for a list and map of all markers in South Mills. 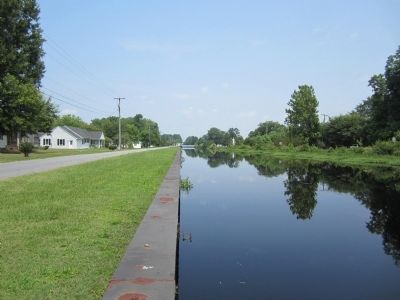