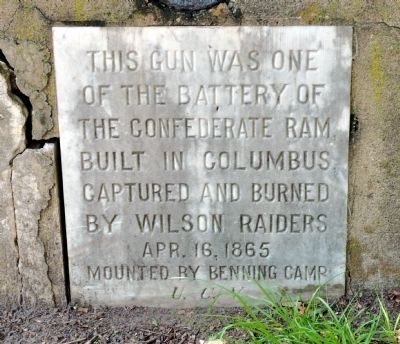 Photographed By David Seibert, June 19, 2012
1. This Gun Marker
Inscription.
This gun was one of the battery of the Confederate ram, built in Columbus, captured and burned by Wilson Raiders., Apr. 16, 1865 . This historical marker was erected by Benning Camp, United Confederate Veterans. It is in Columbus in Muscogee County Georgia

This gun was one of the battery of the Confederate ram, built in Columbus, captured and burned by Wilson Raiders.

Topics. This historical marker is listed in this topic list: War, US Civil. A significant historical month for this entry is April 1813.

Location. 32° 28.55′ N, 84° 59.033′ W. Marker is in Columbus, Georgia, in Muscogee County. Marker can be reached from the intersection of Linwood Boulevard and 7th Avenue. The marker is in Linwood Cemetery, overlooking the Confederate graves in Section Cemetery M in the southwest corner of the cemetery, behind the Sexton's office. Touch for map. Marker is in this post office area: Columbus GA 31901, United States of America. Touch for directions. 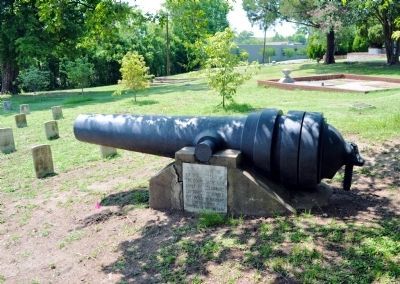 Click or scan to see
this page online
(about 700 feet away); Winona Cargile Alexander: A Founder of Delta Sigma Theta Sorority, Incorporated (about 800 feet away); Establishment of Memorial Day (approx. 0.2 miles away); Colored Department of the City Hospital / Doctors and Nurses (approx. ¼ mile away). Touch for a list and map of all markers in Columbus.

More about this marker. The United Confederate Veterans held its last reunion in 1951, so the marker must predate that time.

Regarding This Gun. The gun is a 6.4-inch Brooke Rifled Cannon, S85, weighing 10,800 pounds. It was made at the Confederate Naval Gun Foundry, Selma, Alabama.

The remains of the C.S.S. Jackson are at the Confederate Naval Museum in Columbus. Further information about the ship is here: Remains of CSS Jackson


A photograph of the Jackson shortly after launching is here: CSS Jackson 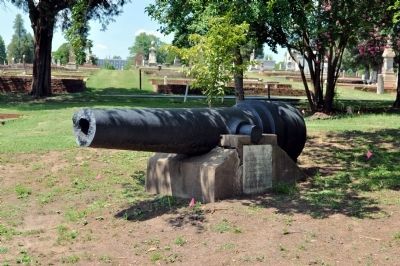 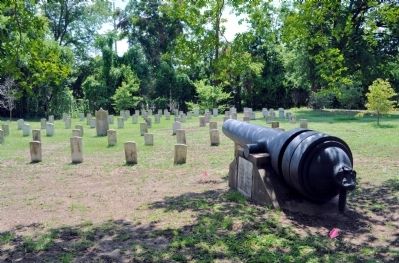 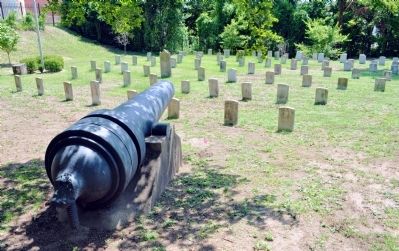