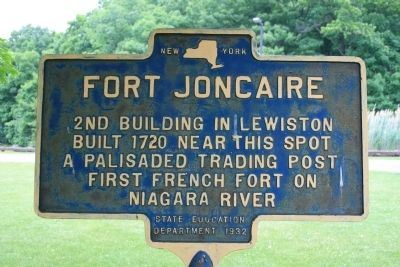 Topics. This historical marker is listed in these topic lists: Colonial Era • Exploration • Forts and Castles. A significant historical year for this entry is 1720.

Location. 43° 9.956′ N, 79° 2.672′ W. Marker is in Lewiston, New York, in Niagara County. Marker can be reached from South 4th Street south of Tuscarora Street. This historical marker is located on the grounds of the Earl W. Brydges Artpark.To get to this historic marker one must take South 4th Street south all the way to where the road ends, at the entrance to the Earl W. Brydges Artpark. The historic marker is on the grounds of the artpark, on a section of land just beyond the first large parking area and just before the second large parking area. Touch for map. Marker is in this post office area: Lewiston NY 14092, United States of America. Touch for directions.

Other nearby markers. At least 8 other markers are within walking distance of this marker. The Magazin Royale (here, next to this marker); Lewiston Mound (within shouting 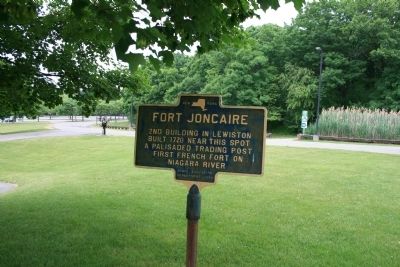 By Dale K. Benington, June 11, 2012
2. Fort Joncaire Marker
View looking north of the historic marker, with a distant view of the large parking area to the north of the marker in the background.

Also see . . .  Joncaire's Blockhouse. This is a link to information provided by the New York State Military Museum. (Submitted on July 5, 2012, by Dale K. Benington of Toledo, Ohio.) 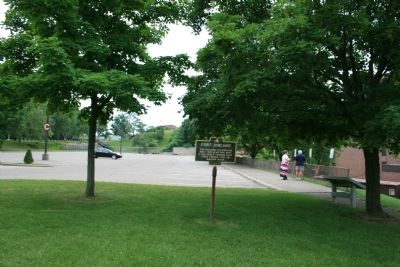 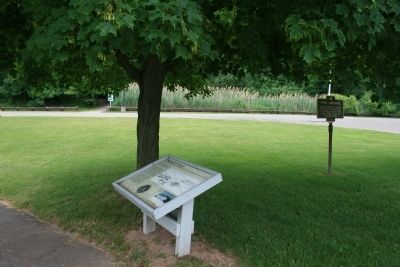 By Dale K. Benington, June 11, 2012
4. Fort Joncaire Marker
View of the featured historic marker in the background and the "Magazine Royale" marker in the foreground. 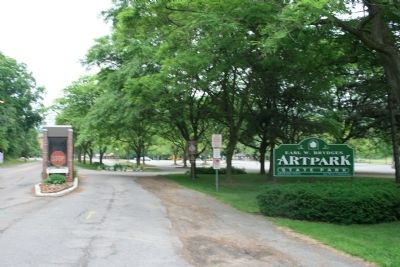