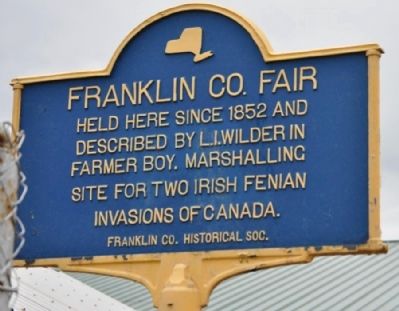 Held here since 1852 and described by L.I. Wilder in Farmer Boy. Marshalling site for two Irish Fenian invasions of Canada.

Topics. This historical marker is listed in these topic lists: Agriculture • Entertainment. A significant historical year for this entry is 1852. 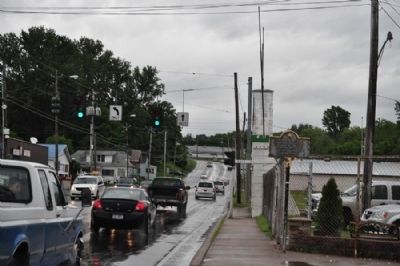 Click or scan to see
this page online
Malone, NY's most important tourist stop is probably Almanzo Wilder's house (husband of Laura Ingalls Wilder). Every location having any sort of connection to him is marked or mentioned in some of the guide pamphlets. 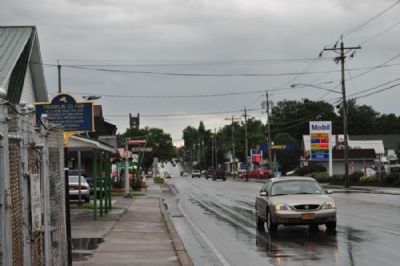 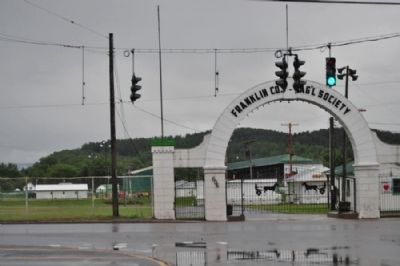