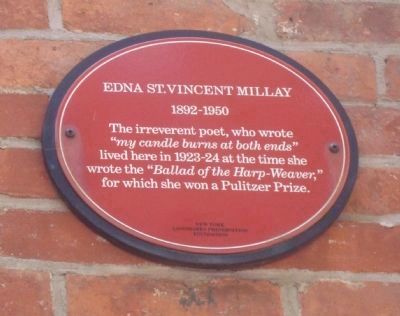 By Barry Swackhamer, May 20, 2012
1. Edna St. Vincent Millay Marker
Inscription.
Edna St. Vincent Millay. The irreverent poet, who wrote “my candle burns at both ends” lived here in 1923-24 at the time she wrote the “Ballad of the Harp-Weaver,” for which she won a Pulitzer Prize. . This historical marker was erected by New York Landmarks Preservation Foundation. It is in New York in New York County New York

The irreverent poet, who wrote “my candle burns at both ends” lived here in 1923-24 at the time she wrote the “Ballad of the Harp-Weaver,” for which she won a Pulitzer Prize. 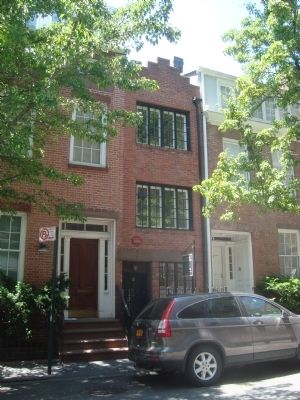 Also see . . .
1. Edna St. Vincent Millay - Poem Hunter. Edna St. Vincent Millay was an American lyrical poet, playwright and feminist. She received the Pulitzer Prize for Poetry, and was known for her activism and her many love affairs. She used the pseudonym Nancy Boyd for her prose work. (Submitted on July 6, 2012, by Barry Swackhamer of Brentwood, California.)

2. First Fig. in A Few Figs from Thistles: poems and sonnets 1922, by Edna St. Vincent Millay, Internet Archive. (Submitted on May 6, 2015, by Allen C. Browne of Silver Spring, Maryland.) 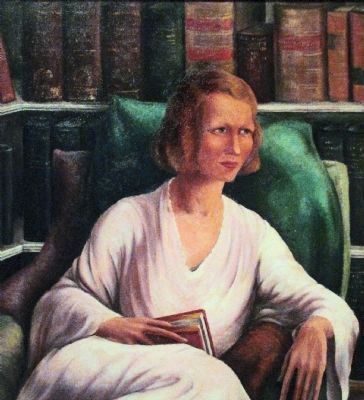 “Literaily and temperamentally precocious, the poet Edna St. Vincent Millay exemplified the spirit of the ‘Roaring Twenties’ and the emancipation of American Women. She started writing as a child an became a rebellious student at Vassar College. In 1917 she move to Greenwich Village, the center of avant-garde and rebel culture. She won the Pulitzer Prize for The Harp-Weaver in 1923. Poetically, Millay was a romantic, inspired by the ecstatic visions of John Keats and William Wordsworth; he first notable poem ‘Renascence’ (1912) spoke of nature that ‘breathed my soul back into me.’ Her famous quatrain ‘First Fig’ (1920) celebrates abandonment:


My Candle burns at both ends;
It will not last the night;
But ah, my foes, and oh, my friends—
It gives a lovely light.
Millay's romanticism was at odds with literary modernism, and her reputation has declined. However, during the 1920s she exemplified the age that she did so much to define.” — National Portrait Gallery.
More. Search the internet for Edna St. Vincent Millay.