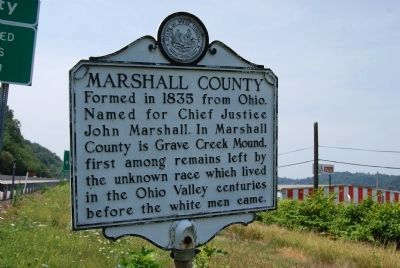 Marshall County
Formed in 1835 from Ohio. Named for Chief Justice John Marshall. In Marshall County is Grave Creek Mound, first among remains left by the unknown race which lived in the Ohio Valley centuries before the white man came.

Ohio County
Formed in 1776 from West Augusta. Named for the river which bears an Indian name meaning "Beautiful River." Scene of last battle of the Revolution, 1782. Visited by La Salle, Celoron, Gist, Washington, and later explorers.

Erected by West Virginia Division of Archives and History.

Topics and series. This historical marker is listed in these topic lists: Native Americans • Waterways & Vessels. In addition, it is included in the West Virginia Archives and History series list. 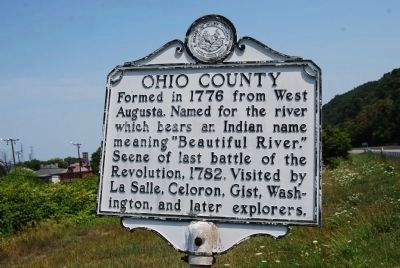 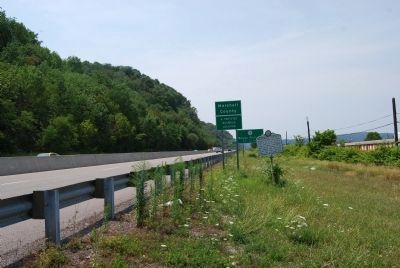 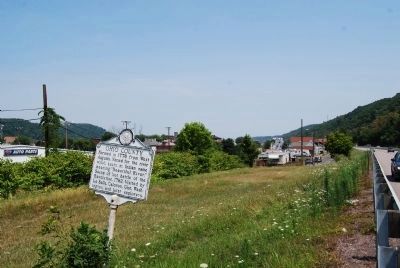