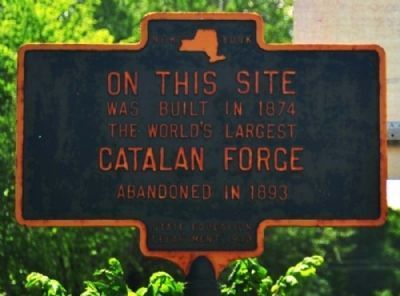 Photographed By Yugoboy, June 29, 2012
1. Catalan Forge Marker
Inscription.
Catalan Forge. . , On this site was built in 1874 the world's largest Catalan Forge , Abandoned in 1893. . This historical marker was erected in 1940 by State Education Department. It is in Brainardsville in Franklin County New York

On this site was built in 1874 the world's largest Catalan Forge
Abandoned in 1893.

Topics. This historical marker is listed in these topic lists: Industry & Commerce • Man-Made Features. A significant historical year for this entry is 1874.

More about this marker. If you're looking to go to this marker, avoid using road names, and just drive south on NY Rte. 374 until you see it. Bunker Hill Rd is the street sign, but on Google Maps, it's Cromp Rd. and 374 is Blow Rd. only for a few yards, according to Google. 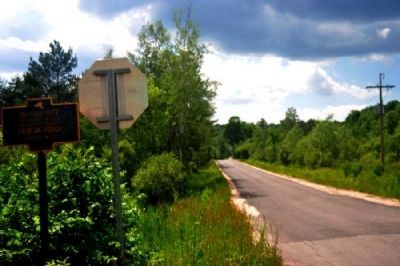 Click or scan to see
this page online
Museum entry includes the explanation for a Catalan forge (Submitted on July 9, 2012, by Yugoboy of Rochester, New York.) 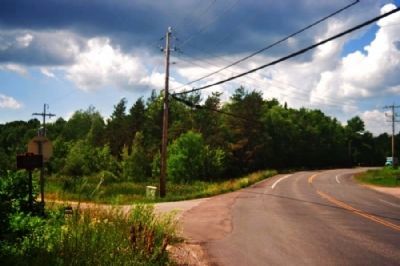 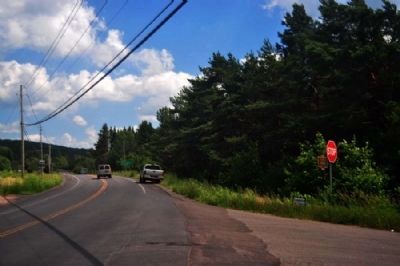 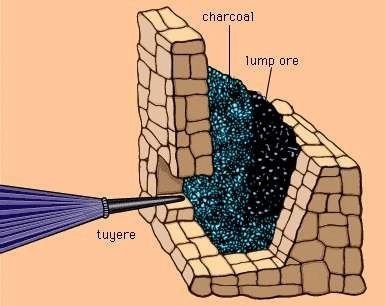 via Britannica, unknown
5. Catalan Forge
"A medieval Spanish forge that yielded malleable iron of excellent quality. A mixture of iron ore and charcoal was heated intensely for several hours in a forge, forming a spongy mass of iron permeated by slag. At the correct time, the glowing ball of iron was withdrawn from the forge and hammered while hot to expel the slag."
Credits. This page was last revised on January 30, 2021. It was originally submitted on July 8, 2012, by Yugoboy of Rochester, New York. This page has been viewed 553 times since then and 59 times this year. Photos:   1, 2, 3, 4. submitted on July 8, 2012, by Yugoboy of Rochester, New York.   5. submitted on January 30, 2021, by Larry Gertner of New York, New York. • Bill Pfingsten was the editor who published this page.
Share this page.