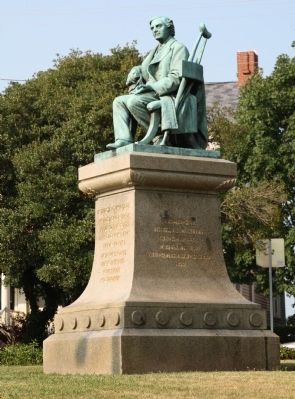 (north face)
Major in the Army of Northern Virginia, and for twenty-four years a Senator of the United States from Virginia.

(north face)
Erected by the municipality and citizens of Lynchburg, and other admirers • 1913

Erected 1913 by the municipality and citizens of Lynchburg, and other admirers.

Location. 37° 24.525′ N, 79° 9.215′ W. Marker is in College Hill in Lynchburg, Virginia. Marker is at the intersection of Park Avenue and 9th Street, on the left when traveling south on Park Avenue. Touch for map. Marker is in this post office area: Lynchburg VA 24501, United States of America. Touch for directions. 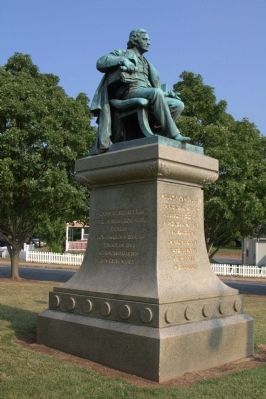 More about this marker. Statue is in a small triangular grassy park facing Park Avenue and bounded by 9th and Floyd Streets.

Related marker. Click here for another marker that is related to this marker. This link is to John Daniel's Home marker at Court and 8th Streets.

Also see . . .  John W. Daniel. Wikipedia entry. “Daniel studied law at the University of Virginia at Charlottesville and was admitted to the bar in 1866. He established his practice at Lynchburg. Despite being crippled from his war injury, he entered politics and was a member of the House of Delegates from 1869–72. Daniel was elected to the state senate in 1876 and served until 1881, when he was an unsuccessful candidate for Governor of Virginia. In 1884, he was elected as a Democrat to the Forty-ninth Congress and served from March 4, 1885 – March 4, 1887. Daniel was subsequently elected as a Democrat to the United States Senate. He was reelected in 1891, 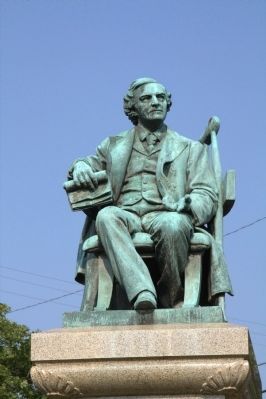 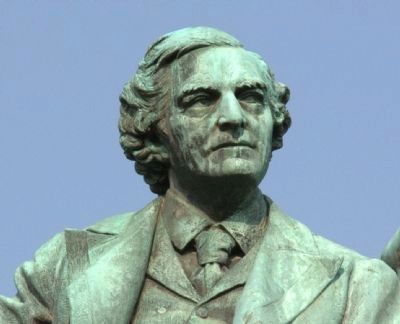