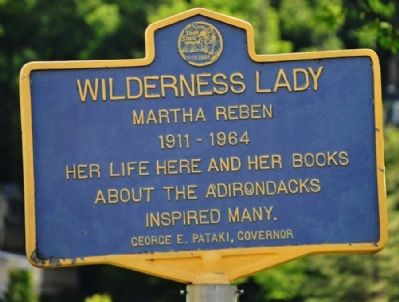 By Yugoboy, June 29, 2012
1. Wilderness Lady Marker
Inscription.
Wilderness Lady. . Martha Reben 1911-1964 Her life here and her books about the Adirondacks inspired many. . This historical marker was erected in 1998 by George Pataki. It is in Saranac Lake in Franklin County New York

Martha Reben 1911-1964 Her life here and her books about the Adirondacks inspired many. 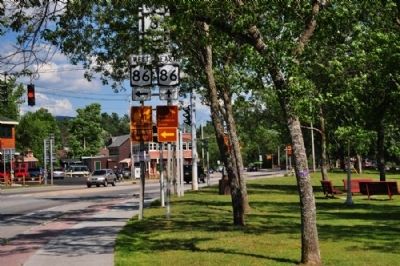 By Yugoboy
2. Wilderness Lady Marker as seen facing East on River St.
(approx. half a mile away); Kate Smith Memorial (approx. 7.4 miles away). Touch for a list and map of all markers in Saranac Lake.

More about this marker. Given the date and the logo at the top of the marker, this marker was probably placed as part of New York's celebration of the 150th anniversary of the Seneca Falls Convention 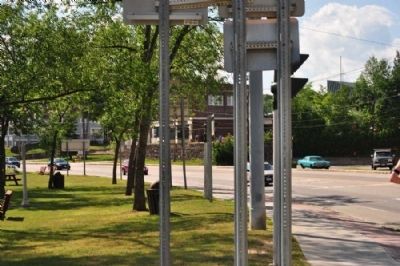 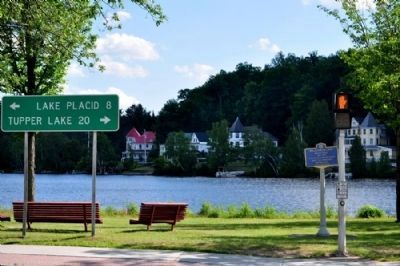 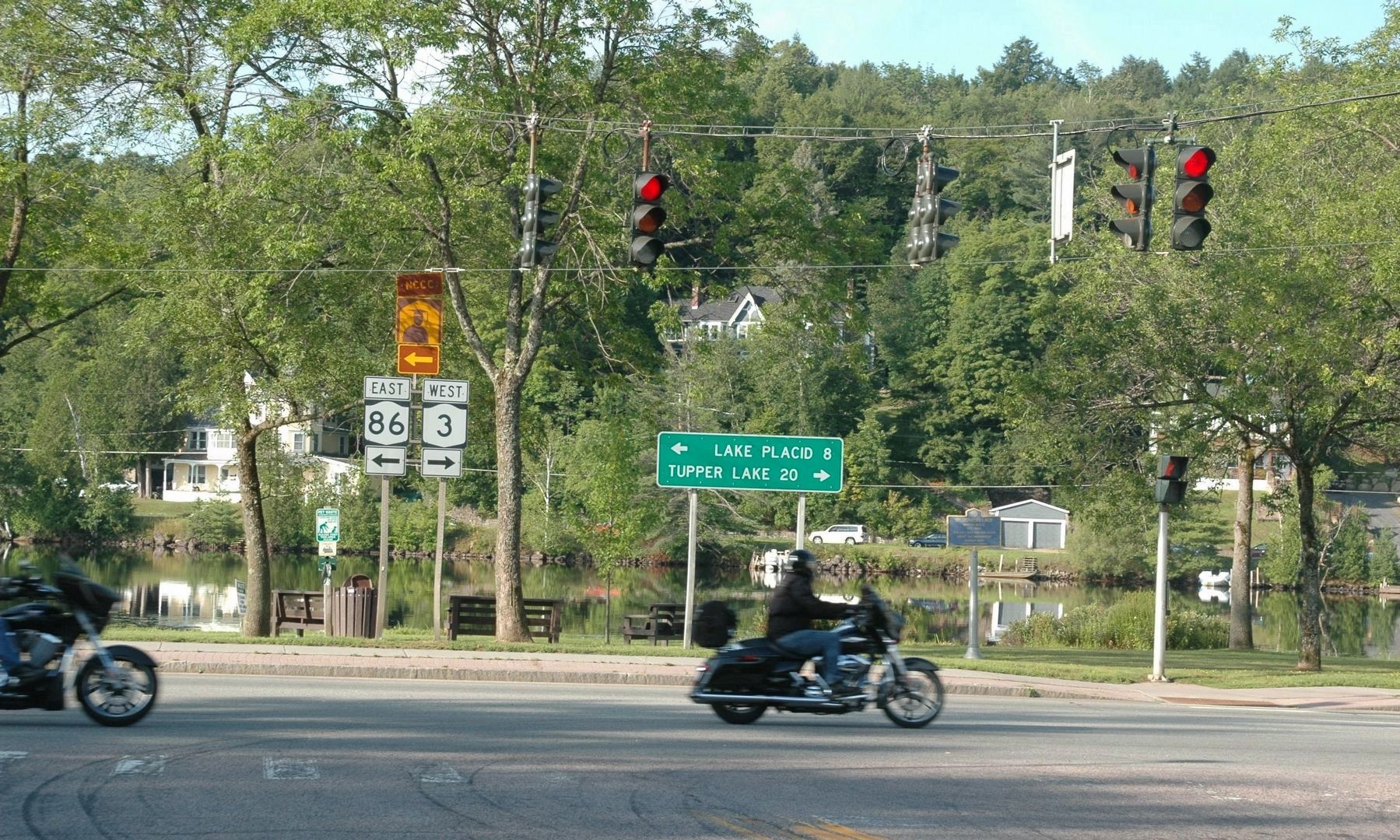