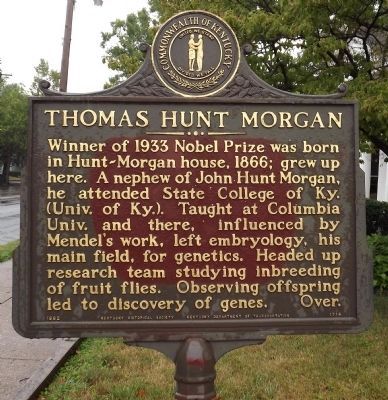 Winner of 1933 Nobel Prize was born in Hunt-Morgan house, 1866; grew up here. A nephew of John Hunt Morgan, he attended State College of Ky. (Univ. of Ky.). Taught at Columbia Univ. and there, influenced by Mendel's work, left embryology, his main field, for genetics. Headed up research team studying inbreeding of fruit flies. Observing offspring led to discovery of genes. Over. 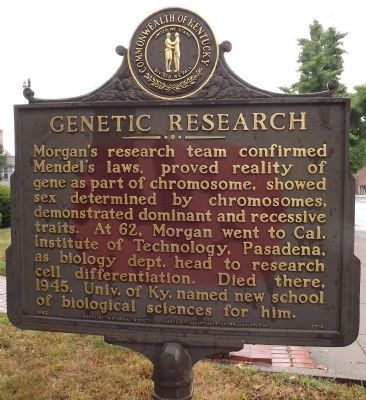 Click or scan to see
this page online
• Science & Medicine. In addition, it is included in the Kentucky Historical Society series list. A significant historical year for this entry is 1933. 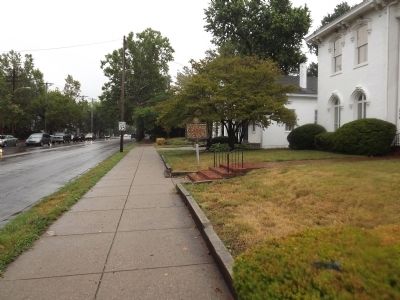 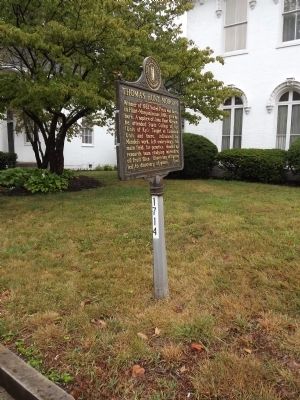 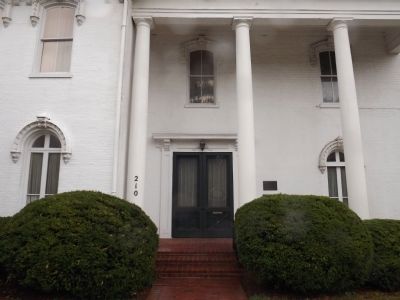 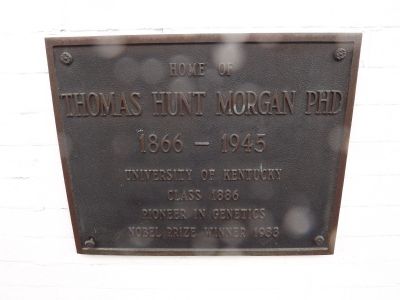 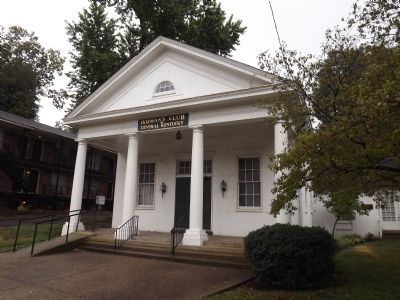 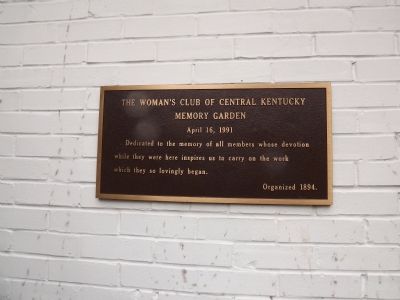