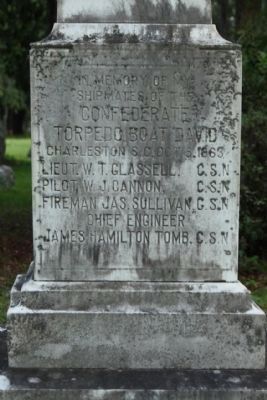 Topics. This historical marker is listed in these topic lists: War, US Civil • Waterways & Vessels. A significant historical year for this entry is 1863.

Location. 30° 21.855′ N, 81° 39.011′ W. Marker is in Jacksonville, Florida, in Duval County. Marker can be reached from Winona Drive near N. Liberty Street, on the left. located near the enterance, inside, to Evergreen Cemetery. Touch for map. Marker is in this post office area: Jacksonville FL 32206, United States of America. Touch for directions.

Regarding Confederate Torpedo Boat David. CSS David, a 50-foot steam torpedo boat of "cigar-shaped" hull design, was privately built at Charleston, South Carolina, in 1863 under the supervision of David C. Ebaugh. After being taken over by the Confederate States Navy, she made a daring spar torpedo attack on the Federal ironclad New Ironsides on the night of 5 October 1863. The Union ship was damaged, though able to remain on station, and David was nearly lost when the splash from her torpedo's explosion swamped her powerplant. However, her engineer was able to get her underway, allowing her to escape back to Charleston.

David attacked the Federal gunboat Memphis in March 1864 and the frigate Wabash on 18 April of that year. As a result of her actions, several similar torpedo boats were begun at Charleston in 1864-65, with a few of them entering service. Some "David" type craft were captured when the city 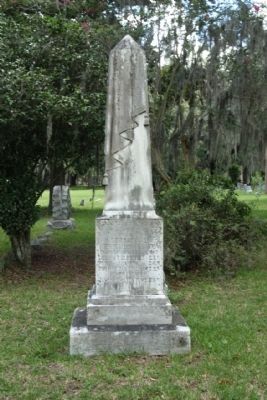 Photographed By Mike Stroud, July 15, 2012
3. Confederate Torpedo Boat David Marker
fell to Union forces in February 1865, along with a considerably larger steamship based on her hull form. It is possible that the original David was among them.(Dept. of the Navy- Naval Historical Center)

Also see . . .
1. about book Engineer In Gray: James Hamilton Tomb, R. by Thomas Campbell. Chief Engineer James Hamilton Tomb devoted almost 12 years of his early life to wartime naval servicefirst in the Confederate States Navy during the American Civil War and then in the Marinha do Brasil during the War of the Triple Alliances. A steam engineer by profession and a torpedo expert by circumstance, Tomb was in the forefront of naval weapons technology of the period. Tomb quickly amassed not only the knowledge required of a steam engineer, but also the courage and capacity to assume important positions of command. Within days of his commissioning, he was on his way to his first assignmentfirst class engineer on the CSS Jackson at New Orleans, Louisiana, a point of great strategic importance. Here, amid a tightening blockade and a growing fear of Federal attack from the Gulf, Tombs memoirs begin Tombs first-person narration is interspersed with explanatory comments from the author; the author also fills in Tombs life at the memoirs beginning 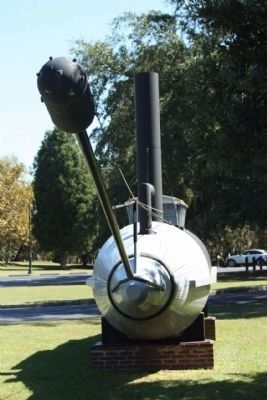 Photographed By Mike Stroud, September 29, 2009
4. Confederate Torpedo Boat David
This replica restored to the specifications and details of the Little David's original construction in 1863. (Moncks Corner S.C.)
Click for more information.
and end. Three appendices include documents by Tomb: Submarines and Torpedo Boats, C.S.N., written in 1914 for the Confederate Veteran Magazine, a private manuscript Tomb wrote for his family describing in detail his experiences with the torpedo boat David and submarine H.L. Hunley, and Reminiscences of Torpedo Service in Charleston Harbor, published in 1877 in the Southern Historical Society Papers. A bibliography and a wealth of rare photographs complete the work. (Submitted on July 17, 2012.)

2. CSS David, from Wikipedia,. was a Civil War-era torpedo boat built as a private venture by T. Stoney at Charleston, South Carolina in 1863, and put under the control of the Confederate States Navy. The cigar-shaped boat carried a 60- or 70-pound explosive charge on the end of a spar projecting forward from her bow. Designed to operate very low in the water, David resembled in general a submarine; she was, however, strictly a surface vessel. Operating on dark nights, and using anthracite coal which burns without smoke, David was nearly as hard to see as a true submarine. (Submitted on July 17, 2012, by Mike Stroud of Bluffton, South Carolina.) 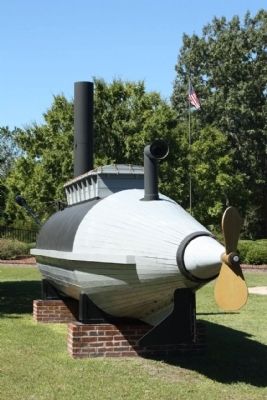 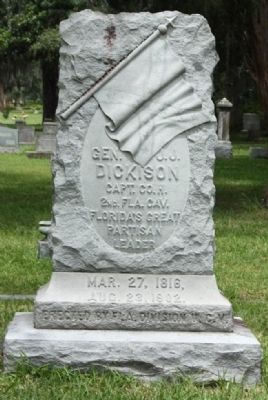