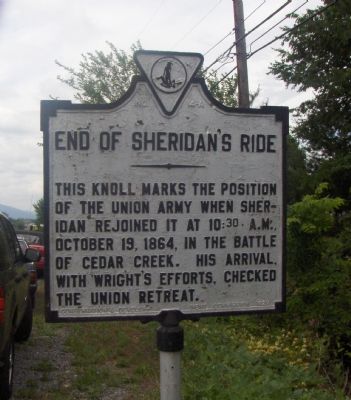 By Roger Dean Meyer, June 3, 2006
1. End Of Sheridan's Ride Marker
Inscription.
End Of Sheridan’s Ride. . This knoll marks the position of the Union Army when Sheridan rejoined it at 10:30 A.M., October 19, 1864, in the Battle of Cedar Creek. His arrival, with Wright's efforts, checked the Union retreat. . This historical marker was erected in 1927 by Conservation and Development Commission. It is in Middletown in Frederick County Virginia

This knoll marks the position of the Union Army when Sheridan rejoined it at 10:30 A.M., October 19, 1864, in the Battle of Cedar Creek. His arrival, with Wright's efforts, checked the Union retreat.

Topics. This historical marker is listed in this topic list: War, US Civil. A significant historical month for this entry is October 1910.

Location. 39° 2.79′ N, 78° 15.536′ W. Marker is in Middletown, Virginia, in Frederick County. Marker is at the intersection of Valley Pike (U.S. 11) and Rienzi Knoll Lane, on the right when traveling south on Valley Pike. Touch for map. Marker is in this post office area: Middletown VA 22645, United States of America. Touch for directions.

Regarding End Of Sheridan’s Ride. 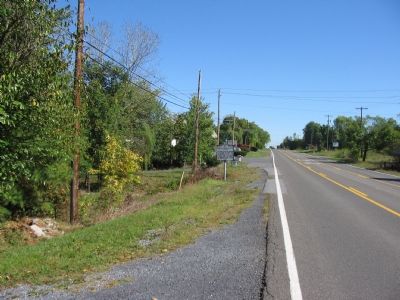 Click or scan to see
this page online
The Cedar Creek battlefield is interpreted by several markers. See the Battle of Cedar Creek Virtual Tour by Markers link below.

4. Cedar Creek CMH Staff Ride. The location where Sheridan rallied the Union troops is stop 11 of the Center of Military History staff ride of the Cedar Creek Battlefield. (Submitted on November 5, 2007, by Craig Swain of Leesburg, Virginia.)

5. Battle of Cedar Creek Virtual Tour by Markers. The related markers here follow a tour of the Cedar Creek Battlefield, October 19, 1864. (Submitted on December 8, 2007, by Craig Swain of Leesburg, Virginia.)

6. Battle of Cedar Creek Preservation Efforts. Civil War Preservation Trust site detailing preservation efforts at the battlefield. The site includes a wealth of background information on the battle and an animated map. (Submitted on October 18, 2008, by Craig Swain of Leesburg, Virginia.) 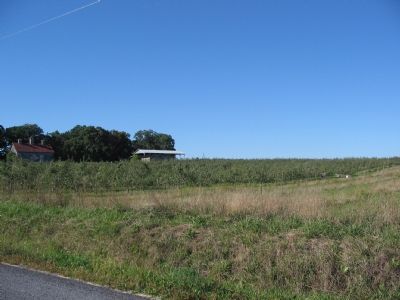 By Craig Swain, September 29, 2007
3. Union Army Rallies
Along Klines Mill Road (Route 633) the Federals rallied as Sheridan arrived on the battlefield. The ground in this section of the battlefield is somewhat as it was in 1864, with pastures and orchards. 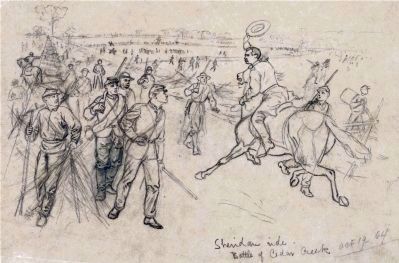 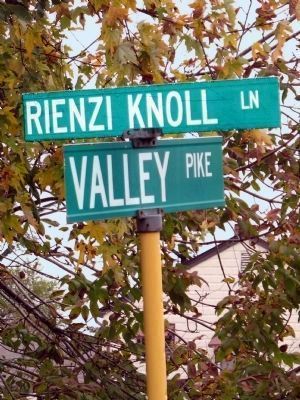 By Allen C. Browne, October 13, 2014
5. Rienzi Knoll Lane and The Valley Pike
Rienzi was the famous horse Sheridan rode along the Valley Pike from Winchester to Cedar Creek. 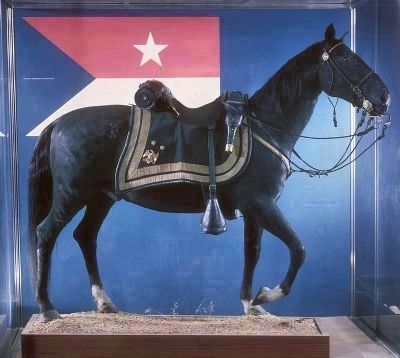 By Smithsonian Museum of American History
6. Rienzi
Responding to the extraordinary popularity of Thomas Buchanan Read's poem "Sheridan's Ride", General Sheridan gave his horse Rienzi a new name: Winchester. When Rienzi / Winchester died in 1871, he was stuffed and placed in the Military Service Institution at Governor's Island. In 1922 he was moved to the Smithsonian Museum of American History.