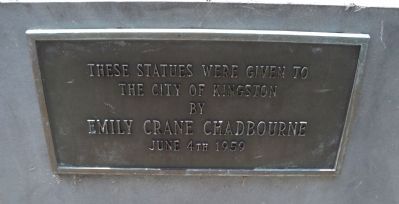 Photographed By Bill Coughlin, July 11, 2012
1. Academy Green Statues Marker
Inscription.
Academy Green Statues. .
These statues were given to the City of Kingston by Emily Crane Chadbourne June 4th, 1959. . This historical marker was erected in 1959. It is in Kingston in Ulster County New York

These statues were given to
the City of Kingston
by
Emily Crane Chadbourne
June 4th, 1959

Topics. This historical marker is listed in these topic lists: Arts, Letters, Music • Colonial Era. A significant historical month for this entry is June 1895. 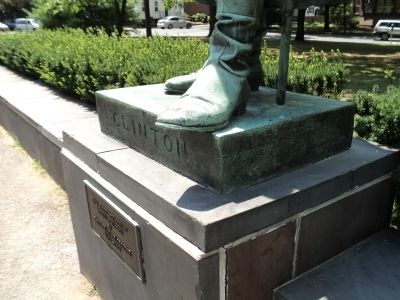 Click or scan to see
this page online
0.2 miles away); One Hundred and Twentieth Infantry New York Volunteers (approx. 0.2 miles away). Touch for a list and map of all markers in Kingston. 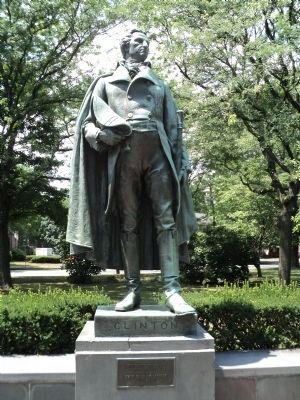 Photographed By Bill Coughlin, July 11, 2012
3. George Clinton Statue
Kingston resident George Clinton served as a Brigadier General during the Revolutionary War, was the first Governor of New York State and was elected Vice President of the United States under Jefferson and Madison. 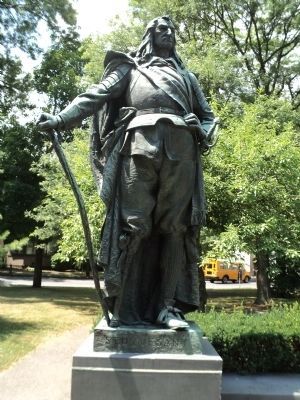 Photographed By Bill Coughlin, July 11, 2012
4. Peter Stuyvesant Statue
Peter Stuyvesant, the last Dutch governor of New Amsterdam, directed the settlers of Kingston to move to a central location in 1658 and build a stockade around the settlement. He then convinced the local Esopus Indians to sell him the land. 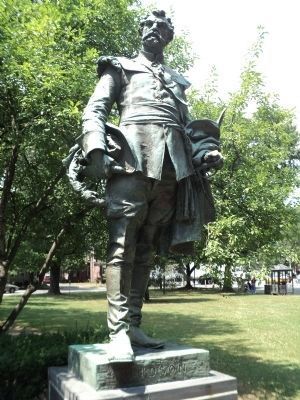 Photographed By Bill Coughlin, July 11, 2012
5. Henry Hudson Statue
In 1609, Henry Hudson became the first European to sail up the river that today bears his name. His exploration led to the settlement at Kingston. 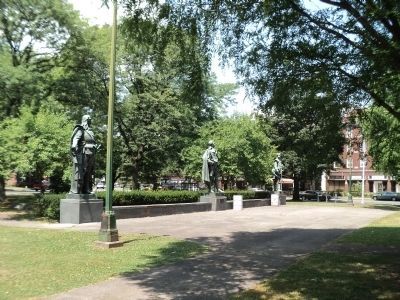 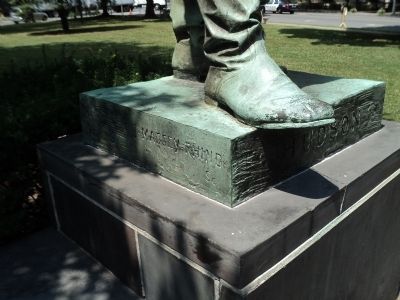 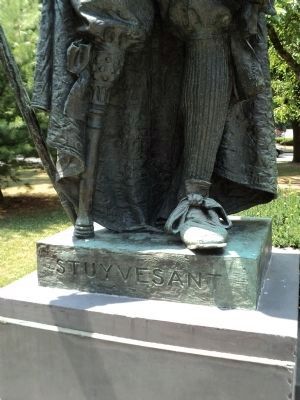