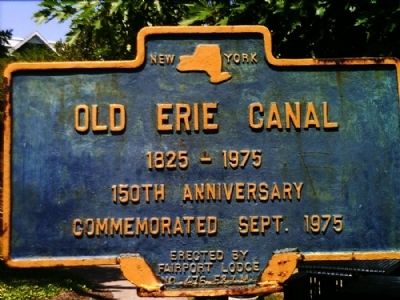 Topics and series. This historical marker is listed in this topic list: Waterways & Vessels. In addition, it is included in the Erie Canal series list. A significant historical year for this entry is 1975.

Location. 43° 6.096′ N, 77° 26.543′ W. Marker is in Fairport, New York, in Monroe County. Marker can be reached from South Main Street (New York State Route 250) just east of West Ave.. Marker is located in Kennely Park, between Fairport Village Landing and the Canal. There's a gazebo, and it's just off the sidewalk to the northwest of the gazebo. Touch for map. Marker is in this post office area: Fairport NY 14450, United States of America. Touch for directions. 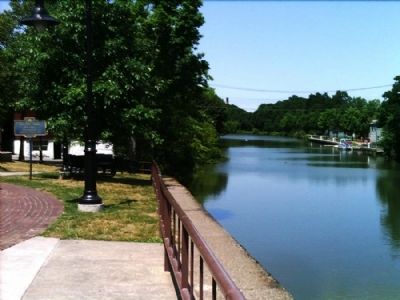