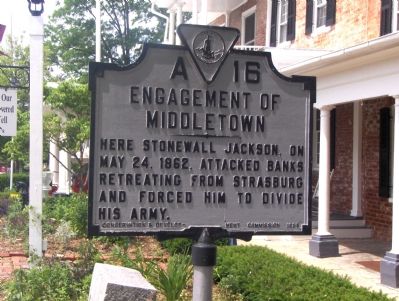 By Roger Dean Meyer, June 3, 2006
1. Engagement Of Middletown Marker
Inscription.
Engagement Of Middletown. . Here Stonewall Jackson, on May 24, 1862, attacked Banks retreating from Strasburg and forced him to divide his army. . This historical marker was erected in 1929 by Conservation and Development Commission. It is in Middletown in Frederick County Virginia

Here Stonewall Jackson, on May 24, 1862, attacked Banks retreating from Strasburg and forced him to divide his army.

Erected 1929 by Conservation and Development Commission. (Marker Number A-16.)

Topics. This historical marker is listed in this topic list: War, US Civil. A significant historical month for this entry is May 1910.

Other nearby markers. At least 5 other markers are within walking distance of this marker. Colonel Charles Russell Lowell (a few steps from this marker); Old Stone Fort (about 400 feet away, measured in a direct line); Middletown Virginia (about 700 feet away); Middletown (approx. 0.3 miles away); Battle of Cedar Creek (approx. 0.6 miles away). Touch for a list and map of all markers in Middletown. 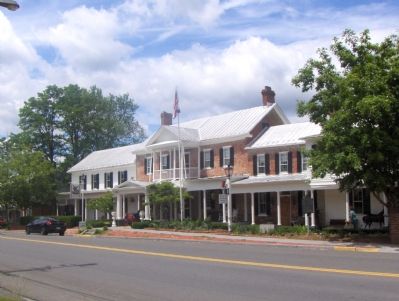 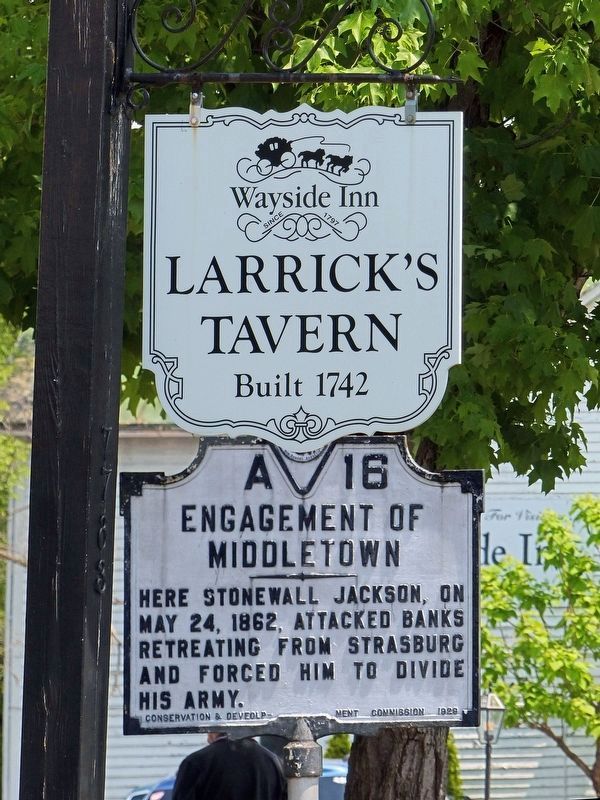 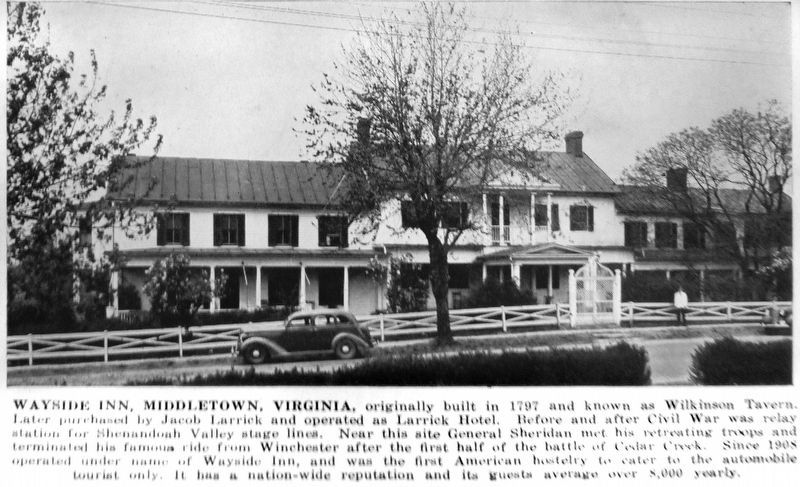 By Allen C. Browne, May 13, 2018
4. Wayside Inn, Middletown, Virginia
originally built in 1797 and known as Wilkinson Tavern. Later purchased by Jacob Larrick and operated as Larrick Hotel. Before and after the Civil War was relay station for Shenandoah Valley stage lines. Near this site General Sheridan met his retreating troops and terminated his famous ride from Winchester after the first half of the battle of Cedar Creek. Since 1908 operated under the name Wayside Inn, and was the first American hostelry to cater to the automobile tourist only. It has a nation-wide reputation and its guests average over 8,000 yearly.
Photo on display at Wayside Inn 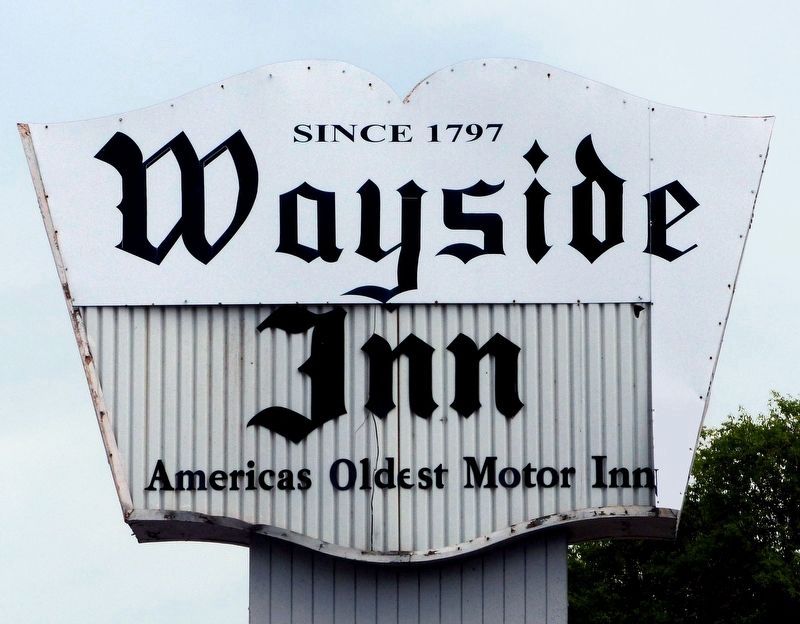