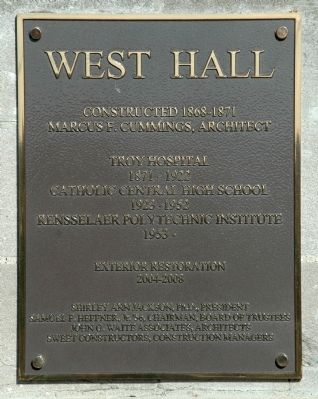 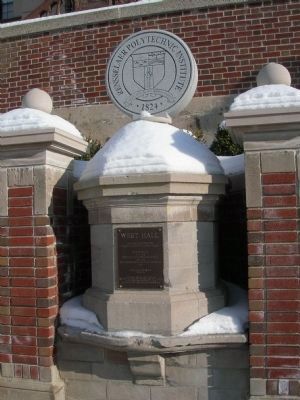 Regarding West Hall. West Hall is a building on the Rensselaer Polytechnic Institute campus in Troy, New York. It is currently home to the Arts Department at RPI. It was previously a hospital, and is listed on the National Register of Historic Places as Old Troy Hospital, added on October 25, 1973.

By spring 1918, when Rensselaer signed a contract with the War Department to participate in its Student Army Training Corps program, the now old Troy Hospital had turned into a wreck. Thieves had ripped out its plumbing and vandals had stolen other valuable building materials and sold them for scrap. Rain poured through huge holes in the roof. The hardwood floors buckled. But even in its diminished state, it remained a large, empty building, 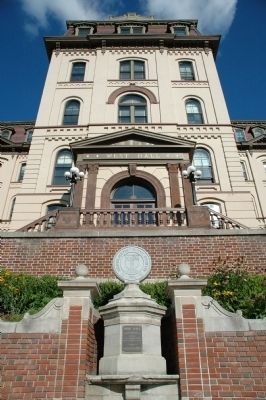 By Howard C. Ohlhous, August 6, 2012
3. West Hall Marker
and that was exactly what the War Department needed. The government spearheaded an intensive restoration effort and transformed the neglected structure into a barracks and training facility for 450 student-officers-in-training in just five weeks, and it quickly became a model training camp. Within weeks, however, the armistice to end the war with Germany was signed and the building was abandoned again.

Two surges in population rescued it. In 1923 the Albany Roman Catholic diocese purchased and then renovated the building to house a growing population of local high school-age students. The chapel was torn down and replaced with a four-story addition that contained a gymnasium, a cafeteria, and an auditorium, as well as separate, enclosed “boys” and “girls” staircases on the western façade. Catholic Central High School, when it was completed in 1925, contained 50,000 square feet of floor space and served 536 students. Within 25 years attendance swelled to more than 1,500 students and, in 1952, the diocese elected to move the school north to a larger space in Lansingburgh.

Rensselaer was experiencing its own population surge in the late 1940s, aided by the GI Bill and the increasing industry demand for engineers. Enrollment rose from 932 students in 1940 to 4,485 students by 1948, so Rensselaer seized the opportunity to buy the building to relieve 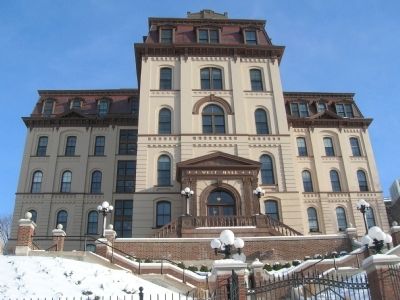 By Howard C. Ohlhous, January 15, 2009
4. West Hall
the overcrowding that existed in several departments. Officially renamed West Hall in 1953, the building expanded Rensselaer’s academic facilities by 12 percent and became one of the major projects in the campuswide renovation program that began that year. When it was finished, it provided 34 offices, 20 classrooms, 10 laboratories, and nine additional rooms.

West Hall has had numerous inhabitants during its 136-year history. In its half century as a Rensselaer property, the building has been home to the Geology Department, Earth and Environmental Sciences, the staff of the Rensselaer Union (while their building was being renovated), Property Administration, Purchasing, and more.

Today, West Hall houses the Arts Department, along with the offices of Contracts and Grants, and Research Administration and Finance. 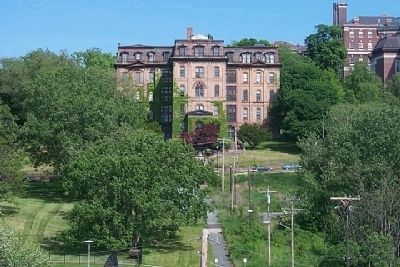 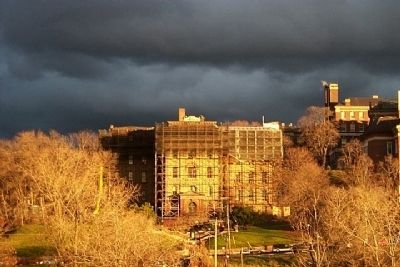 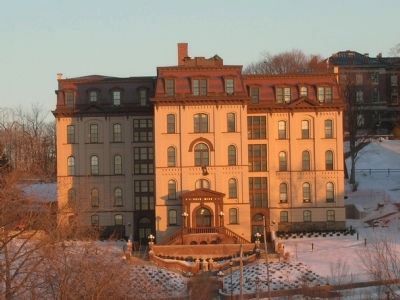 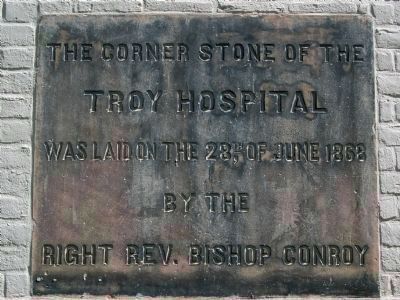 By Howard C. Ohlhous, August 2, 2012
8. West Hall "Corner Stone"
West Hall was initially built as the Troy Hospital,
“The Corner Stone of the
Troy Hospital
Was Laid on the 28th of June 1868
by the
Right Rev. Bishop Conroy”. 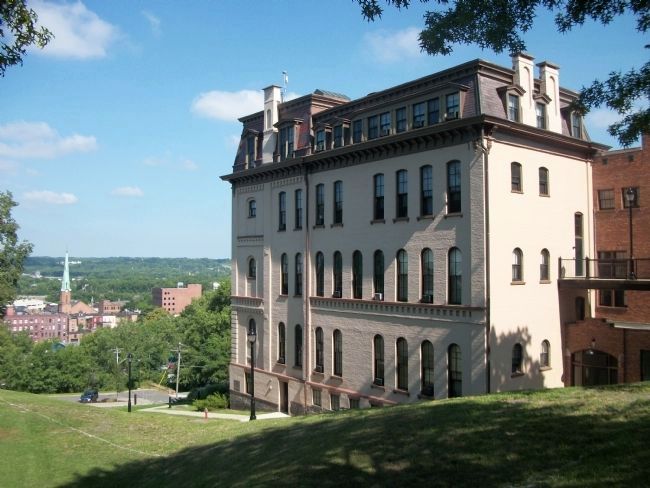