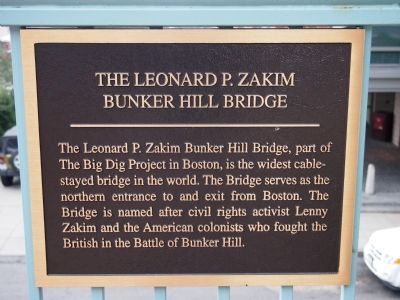 Location. 42° 22.268′ N, 71° 3.64′ W. Marker is in Boston, Massachusetts, in Suffolk County. Marker is on Chelsea Street, on the right when traveling east. Touch for map. Marker is at or near this postal address: 28 Constitution Rd, Charlestown MA 02129, United States of America. Touch for directions. 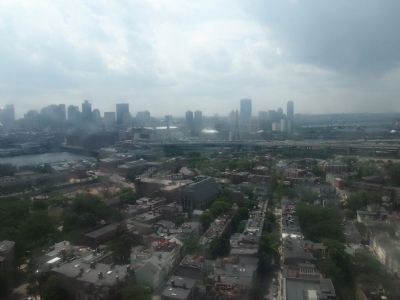 Photographed By Bryan Simmons
2. The Leonard P. Zakim Bunker Hill Bridge
The bridge as seen from the top of the Bunker Hill Monument 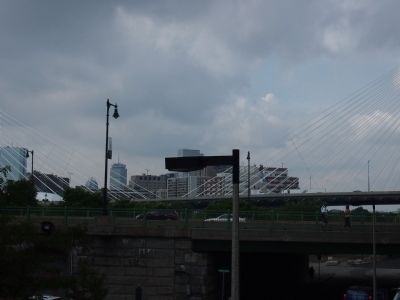