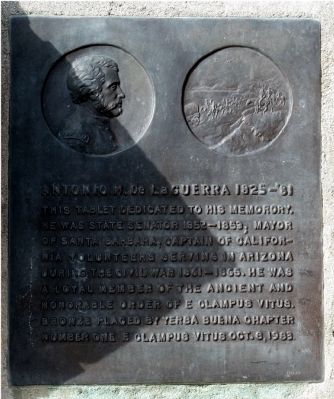 Photographed By Syd Whittle, February 20, 2009
1. Antonio M. De LaGuerra 1825 – ‘81 Marker
Inscription.
Antonio M. De LaGuerra 1825 – ‘81. . This tablet dedicated to his memory. He was State Senator 1852-1853; Mayor of Santa Barbara, Captain of California Volunteers serving in Arizona during the Civil War 1861-1865. He was a loyal member of the Ancient and Honorable Order of E. Clampus Vitus. . This historical marker was erected in 1963 by The Yerba Buena Chapter Number One, E. Clampus Vitus, October 8, 1963. It is in Benicia in Solano County California

This tablet dedicated to his memory. He was State Senator 1852-1853; Mayor of Santa Barbara, Captain of California Volunteers serving in Arizona during the Civil War 1861-1865. He was a loyal member of the Ancient and Honorable Order of E. Clampus Vitus.

Topics and series. This historical marker is listed in these topic lists: Fraternal or Sororal Organizations • Government & Politics • Hispanic Americans • War, US Civil. In addition, it is included in the E Clampus Vitus series list. A significant historical year for this entry is 1852.

Location. 38° 3.008′ N, 122° 9.54′ W. Marker is in Benicia, California, in Solano County. Marker is located at the flag pole on the grounds of the Benicia Capitol State Historic Park. Touch for map. Marker is at or near this postal address: 115 West G Street, Benicia CA 94510, United States of America. Touch for directions. 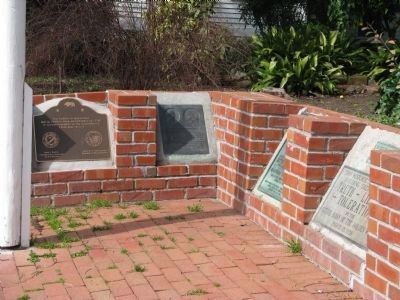 Click or scan to see
this page online
to this marker); Fischer-Hanlon House (a few steps from this marker); The Bohn Building (within shouting distance of this marker); Solano Hotel (about 700 feet away, measured in a direct line); Peregrine Landing Ark & Stables (about 800 feet away); Saint Paul's Episcopal Church (approx. 0.2 miles away). Touch for a list and map of all markers in Benicia.

Also see . . .  1st Battalion Of Native Cavalry, California Volunteers. Recruitment of vaqueros from the vast ranches in the southern part of the state-the so-called "cow counties"-did not begin until early 1864. A drought had devastated many of the old ranches in Santa Barbara and San Luis Obispo counties and even the prominent de la Guerra family was forced to sell much of its vast holdings. Newly unemployed ranch hands from the area formed the core of Company C, recruited by Capt. Antonio Maria de la Guerra. State Senator Ramon J. Hill, a secessionist elected from San Luis Obispo and Santa Barbara counties, lamented the choice of de la Guerra, pointing out that he "does not even write fluently in his own language, knows not one word of English, knows not what figures are-but 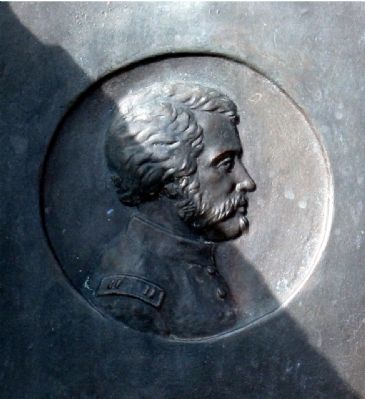 Photographed By Syd Whittle, February 20, 2009
3. Close-Up of Artwork on Marker
is an experienced horseman." Still, even Hill later admitted that "the men will not be kept together for any other captain." (Submitted on February 22, 2009, by Syd Whittle of Mesa, Arizona.) 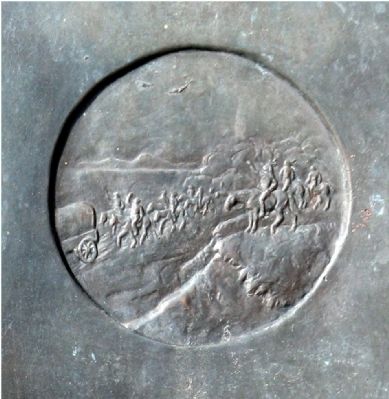 Photographed By Syd Whittle, February 20, 2009
4. Close-Up of Artwork on Marker 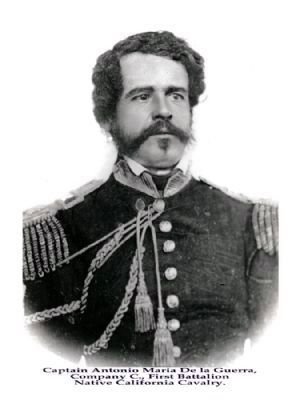 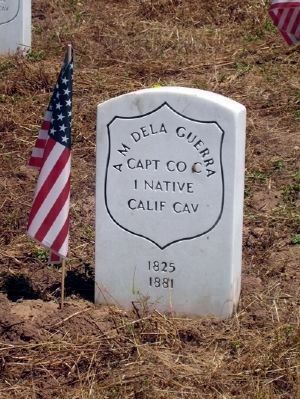 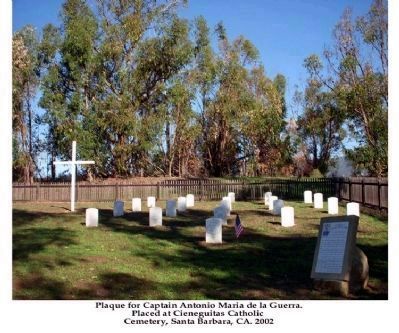 Photographed By Alex Grzywacki, Jr. Commander SUVCW, project researcher locating Company C veterans, 2007
7. Capt. Antonio Maria de la Guerra Memorial at Cieneguitas Cemetery
Some of the veterans of 1st Battalion Native California Cavalry were buried at this site. No records have been found regarding the location of each person buried here, including the veterans, just dates of death and the cemetery at the time of death. Many people were involved in salvaging the cemetery and lots of hard work went into clearing a good portion of it. Especially the Sons of Union Volunteers of the Civil War [SUVCW Camp #28 William T. Sherman] of Santa Barbara.
Credits. This page was last revised on November 8, 2019. It was originally submitted on February 22, 2009, by Syd Whittle of Mesa, Arizona. This page has been viewed 2,185 times since then and 27 times this year. Last updated on August 11, 2012, by Glenn Sheffield of Tampa, Florida. Photos:   1, 2, 3, 4. submitted on February 22, 2009, by Syd Whittle of Mesa, Arizona.   5, 6, 7. submitted on April 1, 2009, by Terry W. Chaffee of Carlsbad, California.
Share this page.