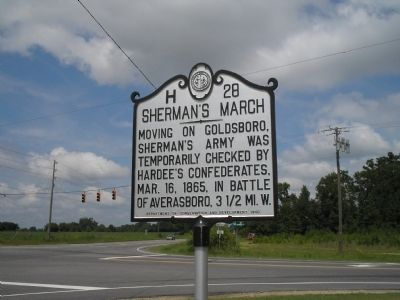 By Bill Coughlin, August 18, 2006
1. Sherman's March
Inscription.
Sherman's March. . Moving on Goldsboro, Sherman's army was temporarily checked by Hardee's Confederates, Mar. 16, 1865, in Battle of Averasboro 3½ Mi. W. . This historical marker was erected in 1940 by Department of Conservation and Development. It is in Dunn in Harnett County North Carolina

Erected 1940 by Department of Conservation and Development. (Marker Number H 28.)

Topics. This historical marker is listed in this topic list: War, US Civil. A significant historical date for this entry is March 16, 1865. 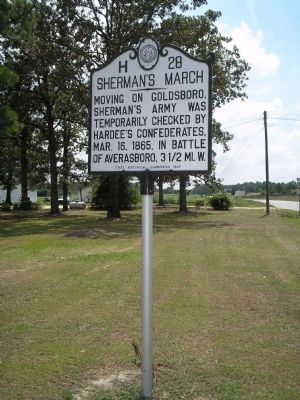 By Bill Coughlin, August 18, 2006
2. Sherman's March Marker
On his march through the Carolina's, the left wing of Sherman's army were met by Confederates under Gen. Hardee. The two armies fought the Battle of Averasboro on March 15-16, 1865. 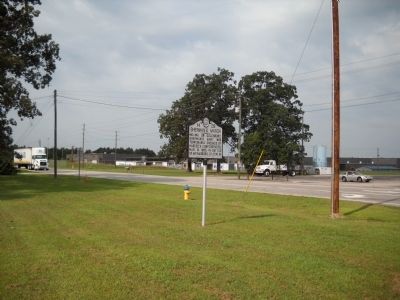