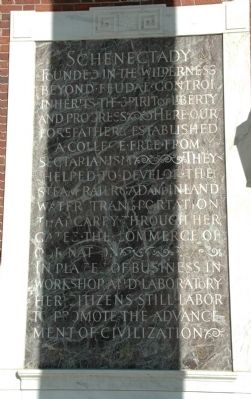 Photographed By Howard C. Ohlhous, August 7, 2012
1. Schenectady Marker
Inscription.
Schenectady. . Founded in the Wilderness Beyond Feudal Control Inherits the Spirit of Liberty And Progress Here Our Forefathers Established A College Free From Sectarianism They Helped to Develop The Steam Railroad and Inland Water Transportation That Carry Throught Her Gates the Commerce Of Our Nation In Places of Business In Workshop and Laboratory Her Citizens Still Labor To Promote the Advancement of Civilization . This historical marker was erected by City of Schenectady . It is in Schenectady in Schenectady County New York

Erected by City of Schenectady .

Other nearby markers. At least 8 other markers are within walking distance of this marker. The Site of Schenectady (here, next to this marker); Ellis Hospital (a few steps from this marker); Original Site of the African Church 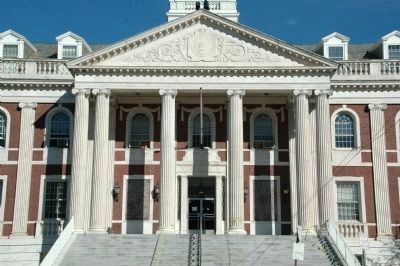 Photographed By Howard C. Ohlhous, August 7, 2012
2. Schenectady City Hall
The Schenectady marker is at the top of the steps, between the pillars, to the left of the central doorway. 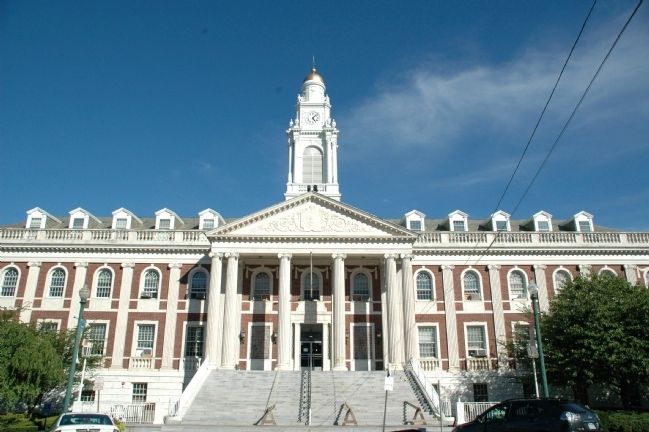 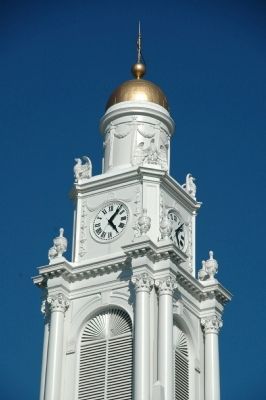