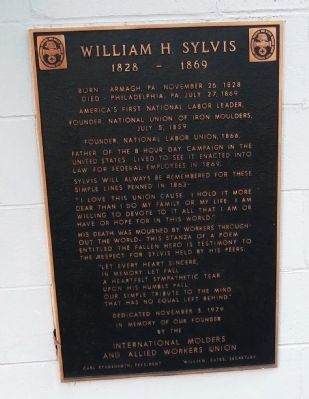 Father of the 8 hour day Campaign in the United States. Lived to see it enacted into law for Federal Employees in 1869.

Sylvis will always be remembered for these simple lines penned in 1863 -
“I love this Union cause. I hold it more dear than I do my family or my life. I am willing to devote to it all that I am or have or hope for in this World.”

His death was mourned by workers through-out the World. This stanza of a poem entitled The Fallen Hero is testimony to the respect for Sylvis held by his peers.

“Let every heart sincere,
in memory let fall
a heartfelt sympathetic tear
upon his humble pall:
our simple tribute to the mind
that has no equal left behind.” 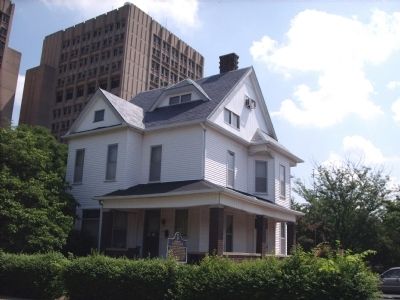 Location. 39° 28.312′ N, 87° 24.314′ W. Marker is in Terre Haute, Indiana, in Vigo County. Marker can be reached from North 8th Street south of Spruce Street. Located in the back yard of the Eugene Debs home (museum). Can be reached by a back access drive from Sycamore Street west of North 9th Street. Touch for map. Marker is at or near this postal address: 451 N 8th Street, Terre Haute IN 47801, United States of America. Touch for directions. 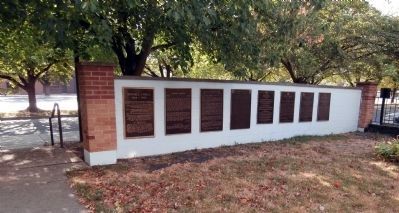