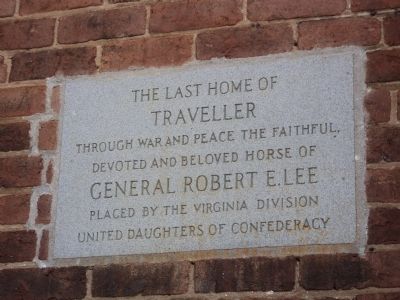 The last home of
Traveller
Through war and peace the faithful,
devoted and beloved horse of
General Robert E. Lee

Placed by the Virginia Division
United Daughters of Confederacy

Erected by United Daughters of Confederacy.

Topics and series. This historical marker is listed in this topic list: Animals. In addition, it is included in the United Daughters of the Confederacy series list.

Location. 37° 47.211′ N, 79° 26.658′ W. Marker is in Lexington, Virginia. Marker is on Washington Street north of Lee Avenue, on the right when traveling west. Touch for map. Marker is in this post office area: Lexington VA 24450, United States of America. Touch for directions. 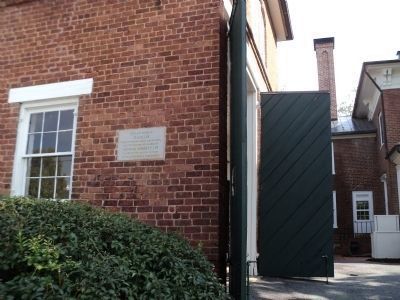 Photographed By Bill Coughlin, August 21, 2012
2. Last Home of Traveller Marker
When Robert E. Lee became President of Washington College, he brought the horse that carried him through the Civil War. His residence, Lee House, had this attached stable so that Traveller and he could reside under the same roof. 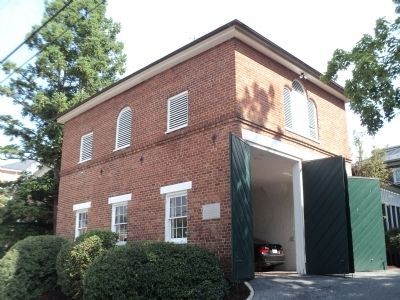 Photographed By Bill Coughlin, August 21, 2012
3. Marker in Lexington
Traveller survived his former master by only a few months. He spent those final days in this garage on the grounds of Washington College (now Washington and Lee University). 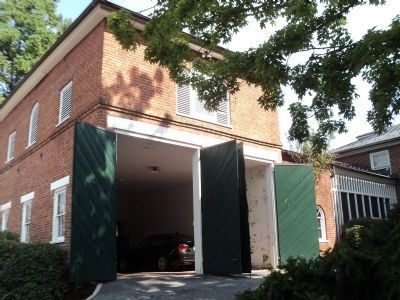 Photographed By Bill Coughlin, August 21, 2012
4. Traveller 's Last Home
The stable that once housed Gen. Lee's famous horse is now used as a garage. Since his death, the doors of this stable/garage have remained open to allow Traveller’s spirit to roam freely. 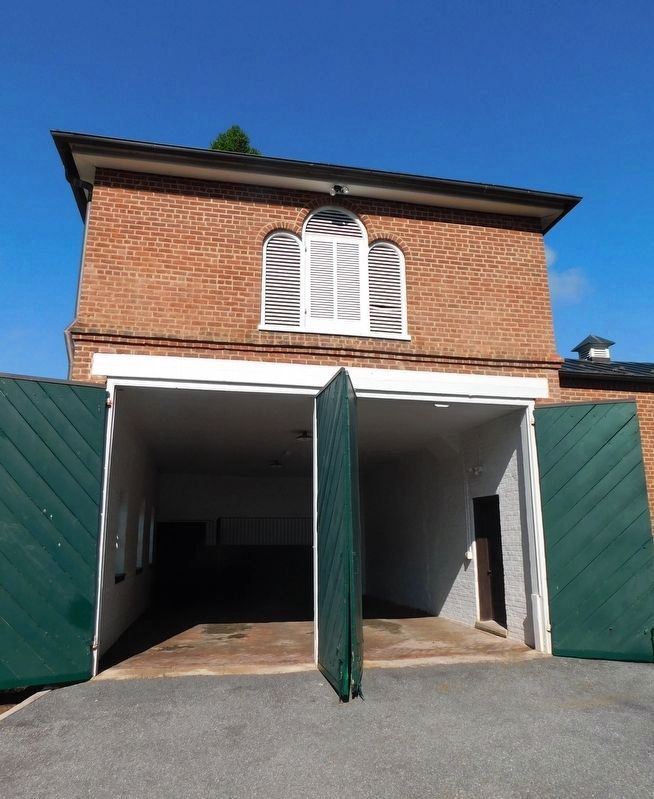