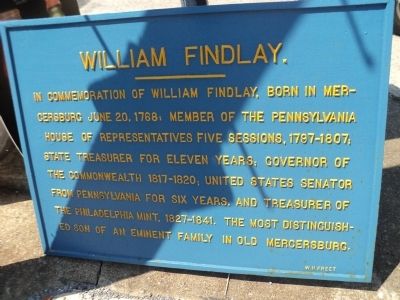 In commemoration of William Findlay. Born in Mercersburg June 20, 1768; member of the Pennsylvania House of Representatives five sessions, 1797-1807; State Treasurer for eleven years; Governor of the Commonwealth 1817-1820; United States Senator from Pennsylvania for six years, and treasurer of the Philadelphia Mint, 1827-1841. The most distinguished son of an eminent family in old Mercersburg.

Topics. This historical marker is listed in this topic list: Government & Politics. A significant historical date for this entry is June 20, 1750. 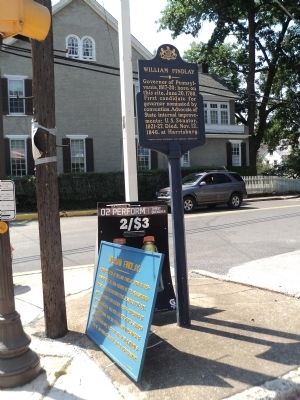 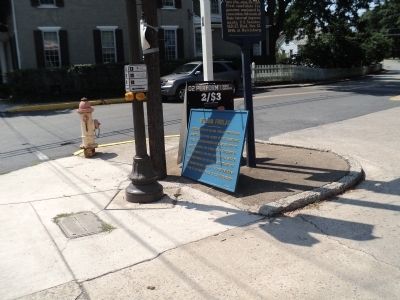