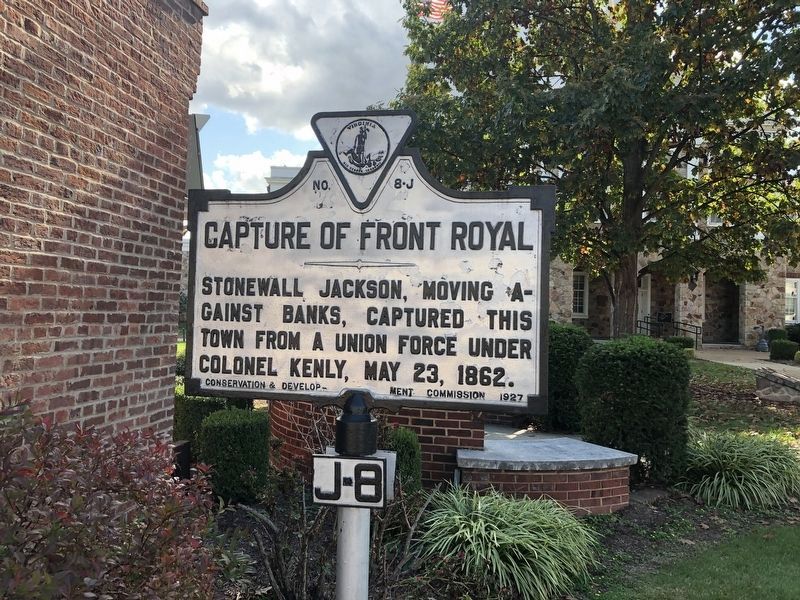 Photographed By Devry Becker Jones, October 23, 2020
1. Capture of Front Royal Marker
Inscription.
Capture of Front Royal. . Stonewall Jackson, Moving against Banks, captured this town from a Union force under Colonel Kenly, May 23, 1862. . This historical marker was erected in 1927 by the Conservation and Development Commission. It is in Front Royal in Warren County Virginia

Stonewall Jackson, Moving against Banks, captured this town from a Union force under Colonel Kenly, May 23, 1862.

Topics and series. This historical marker is listed in this topic list: War, US Civil. In addition, it is included in the Virginia Department of Historic Resources series list. A significant historical date for this entry is May 23, 1862. 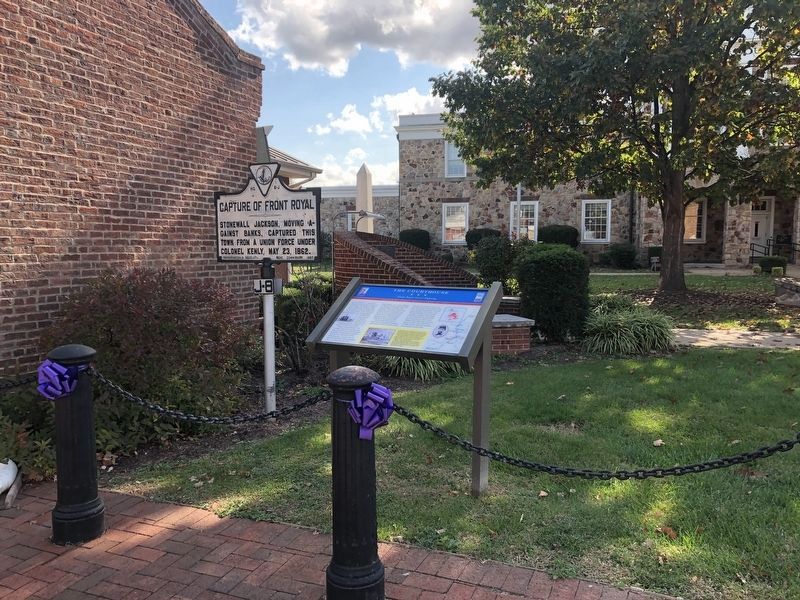 Click or scan to see
this page online
(within shouting distance of this marker). Touch for a list and map of all markers in Front Royal.

Regarding Capture of Front Royal. This marker is one of several from a driving tour of the Front Royal Battlefield. The markers are listed in sequence on the Battle of Front Royal Virtual Tour by Markers link below. 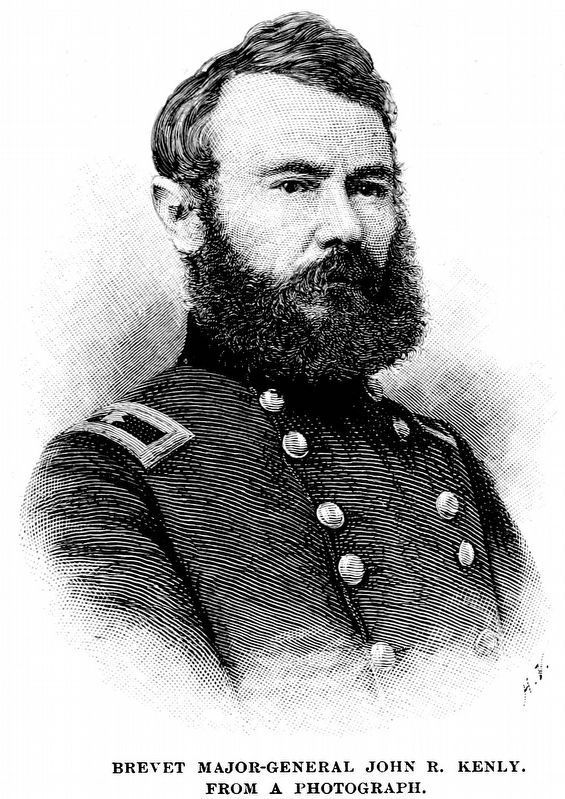