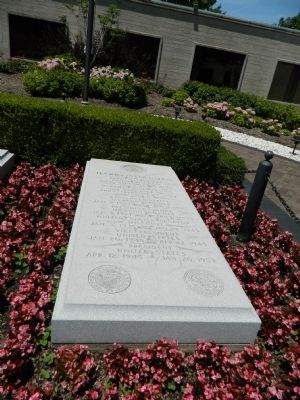 Topics and series. This historical marker is listed in this topic list: Cemeteries & Burial Sites. In addition, it is included in the Former U.S. Presidents: #33 Harry S. Truman series list. A significant historical month for this entry is February 1807.

Other nearby markers. At least 8 other markers are within walking distance of this marker. The Eternal Flame of Freedom (a few steps from this marker); Truman Library Veterans Memorial Carillon 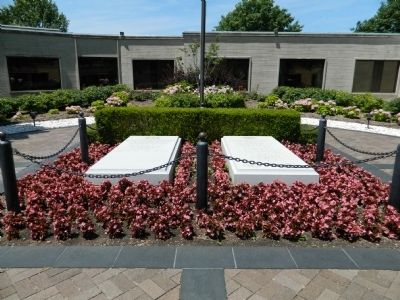 Photographed By Beverly Pfingsten, June 12, 2012
2. Harry and Bess Truman Graves
He requested that she be buried on his right side since she was his right hand man.

Click or scan to see
this page online
(within shouting distance of this marker); The Harry S. Truman Library (within shouting distance of this marker); Liberty Bell Replica Marker (about 400 feet away, measured in a direct line); Harry S. Truman Historic District (approx. 0.2 miles away); Vaile Mansion (approx. 0.4 miles away); St. Mary's Catholic Church (approx. half a mile away); Sawyer-Jennings House (approx. half a mile away). Touch for a list and map of all markers in Independence. 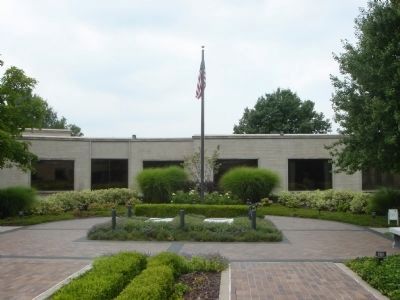 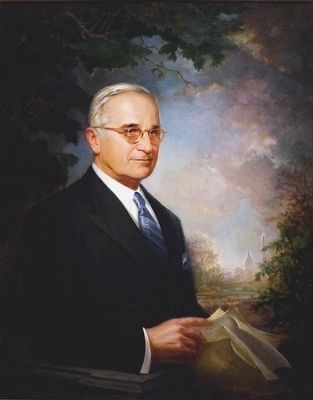 “When Franklin Roosevelt died in 1945, his successor, Vice President Harry Truman, felt as if the weight of the world had fallen on him. feeling woefully unprepared, he now had the responsibility for guiding the country through the final phases of World War II and the often-jolting adjustments to peace.

Elected to the presidency in his own right in 1948, Truman had his greatest impact in foreign policy. His most notable achievements included defeating communist takeovers in Greece and Turkey and repelling the USSR's attempt to push the West out of 8erlin. Truman also presided over implementation of the Marshall plan to rebuild Western Europe's war-torn economies, a strategy that may be the greatest triumph in the annals of American diplomacy.