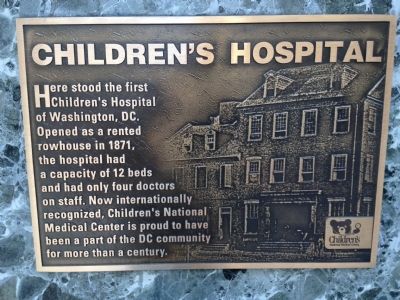 Here stood the first Children's Hospital of Washington, DC. Opened as a rented rowhouse in 1871, the hospital had a capacity of 12 beds and had only four doctors on staff. Now internationally recognized, Children's National Medical Center is proud to have been part of the DC community for more than a century.

Topics. This historical marker is listed in this topic list: Science & Medicine. A significant historical year for this entry is 1871. 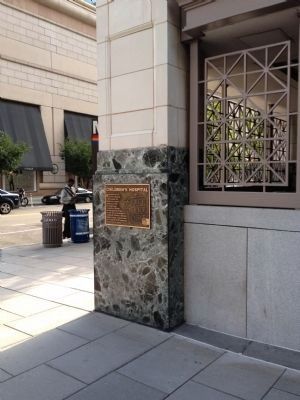 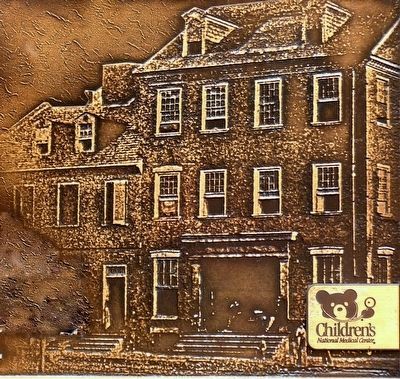 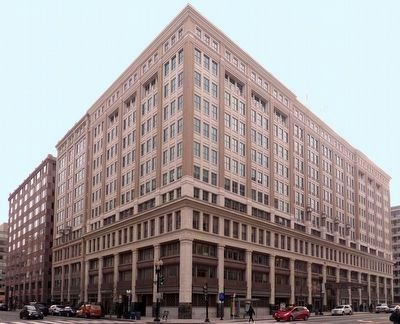