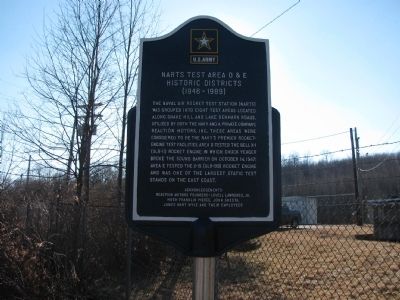 The Naval Air Rocket Test Station (NARTS) was grouped into eight (8) test area located along Snake Hill and Lake Denmark Roads. Utilized by both the Navy and a private company, Reaction Motors, Inc., these areas were considered to be the Navy’s premier rocket-engine test facilities. Area D tested the Bell X-1 (XLR-11) rocket engine in which Chuck Yeager broke the sound barrier on October 14, 1947; Area E tested the X-15 (XLR-99) rocket engine and was one of the largest static test stands on the east coast.

Topics. This historical marker is listed in these topic lists: Air & Space • Military • War, Cold. A significant historical month for this entry is October 1867. 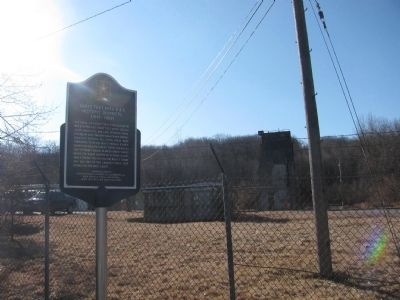