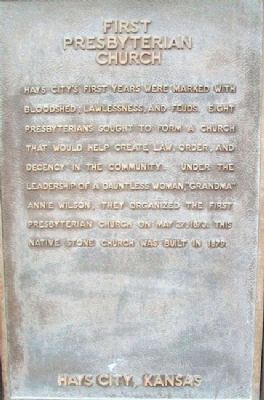 Hays City's first years were marked with bloodshed, lawlessness, and feuds. Eight Presbyterians sought to form a church that would help create law, order, and decency in the community. Under the leadership of a dauntless woman, "Grandma" Annie Wilson, they organized the First Presbyterian Church on May 27, 1873. This native stone church was built in 1879.

Topics. This historical marker is listed in these topic lists: Churches & Religion • Settlements & Settlers • Women. A significant historical month for this entry is May 1867. 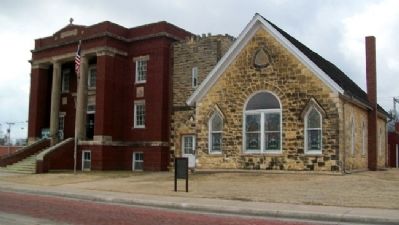 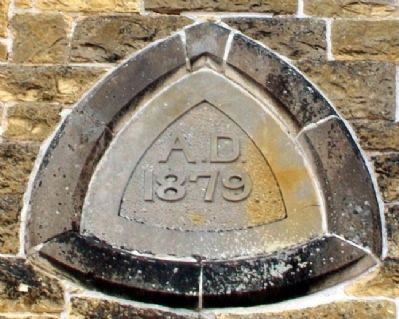