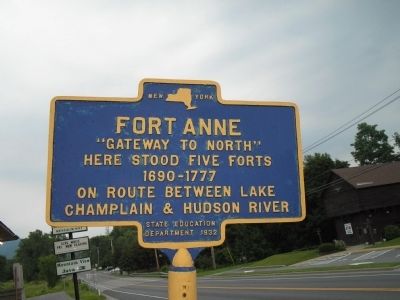 By Bill Coughlin, July 13, 2008
1. Fort Anne Marker
Fort Anne was a fortification built in the wilderness in 1757, at the junction of Halfway Creek and Wood Creek.
Inscription.
Fort Anne. "Gateway to North".
Here stood five forts 1680 – 1777 on route between Lake Champlain & Hudson River.. . This historical marker was erected in 1932 by New York State Education Department. It is in Fort Anne in Washington County New York 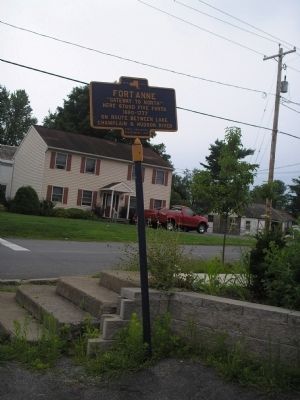 By Bill Coughlin, July 13, 2008
2. Marker in Fort Anne
The July 8, 1777 Battle of Fort Anne may have been the first time that Americans fought under the Betsy Ross flag. Unfortunately, that flag was captured by the British.
(approx. 0.2 miles away); Fort Anne First Baptist Church (approx. ¼ mile away); Fort Ann War Memorial / Henry Sartwell / Lester Archer (approx. ¼ mile away). Touch for a list and map of all markers in Fort Anne.

Regarding Fort Anne. One of the captions mentions the "Betsy Ross flag." If indeed the Stars & Stripes was first flown in battle at Fort Anne, as we in the local historical society believe, it was not a Betsy Ross version with the circle of stars. Rather, the stars were scattered across the blue field. 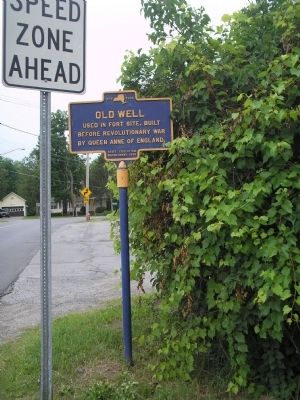