Battle of the Wilderness 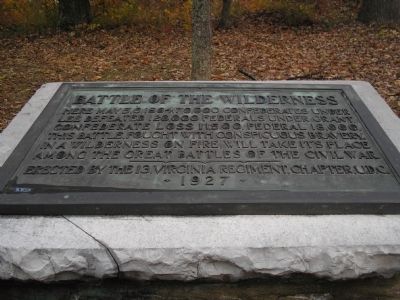 Photographed By Bill Coughlin, November 10, 2007
1. Battle of the Wilderness Marker
Inscription.
Battle of the Wilderness. . Here May 5, 6, 1864, 70,000 Confederates under Lee defeated 120,000 Federals under Grant. Confederate loss 11,500. Federal 18,000. This battle, fought with conspicuous bravery, in a Wilderness on fire, will take it’s place among the great battles of the Civil War., Erected by the 13, Virginia Regiment, Chapter U.D.C. 1927 . This historical marker was erected in 1927 by 13, Virginia Regiment, Chapter U.D.C.. It is Near Locust Grove in Orange County Virginia

Topics and series. This historical marker is listed in this topic list: War, US Civil. In addition, it is included in the Battlefield Markers Association, and the United Daughters of the Confederacy series lists. A significant historical month for this entry is May 1975.

Location. 38° 18.965′ N, 77° 45.557′ W. Marker is near Locust Grove, Virginia, in Orange County. Marker is at the intersection of Hill-Ewell Drive and Constitution Highway (Virginia Route 20), on the left when traveling south on Hill-Ewell Drive. The marker is in the Wilderness Battlefield, at Stop Three (Saunders Field) on the driving tour. Touch for map. Marker is in this post office area: Locust Grove VA 22508, United States of America. Touch for directions. 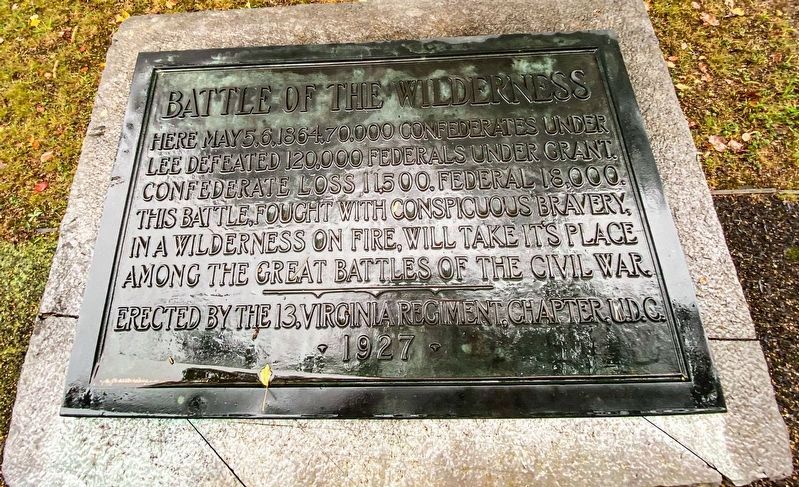 Photographed By J.T. Lambrou, August 7, 2021
2. Battle of the Wilderness Marker

Related markers. Click here for a list of markers that are related to this marker. Wilderness Battlefield - Hill-Ewell Drive virtual tour by markers. 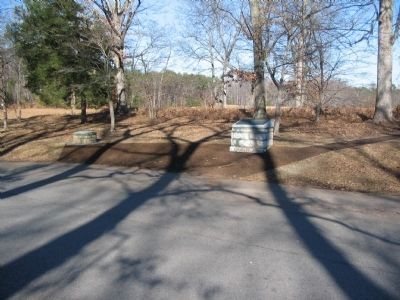 Photographed By Craig Swain, February 16, 2008
3. Battle of the Wilderness Marker
The pedestal for the marker is on the right. To the left is a "compass" pointing out the direction and distance to key points on the battlefield. The compass is a feature repeated throughout the Chancellorsville, Wilderness, and Spotsylvania Court House battlefields. 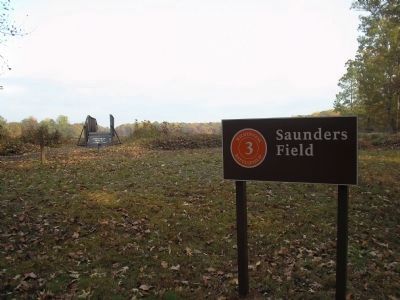 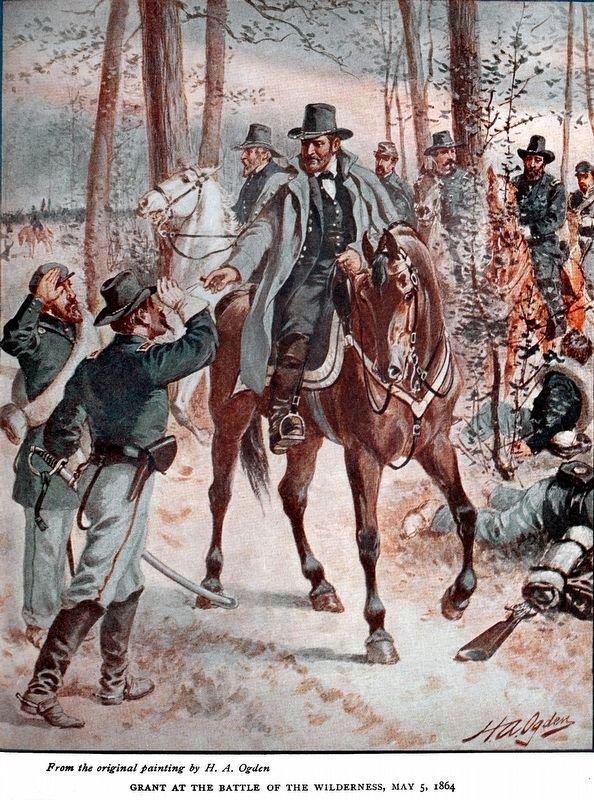 Internet Archive
5. Grant at the Battle of the Wilderness, May 5, 1864
From the original painting by H. A. Ogden in Lossing, 1913, History of the United States. 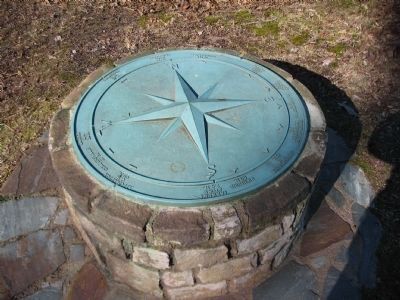 Photographed By Craig Swain, February 16, 2008
6. Compass Points for the Battle of the Wilderness
At several locations in the Central Virginia Battlefields, bronze pointers such as this one indicate the locations related points of interest. Here Parker's Store (along the Orange Plank Road) is indicated as 2.9 miles south. Spotsylvania Court House is 13 miles to the southeast. Culpeper Court House is 17 miles to the northwest. Orange Court House is 20 miles west. Richmond is 60 miles almost due south. And Appomattox Court House is 95 miles southwest. 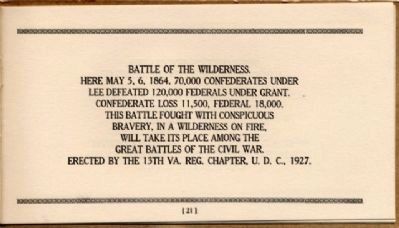