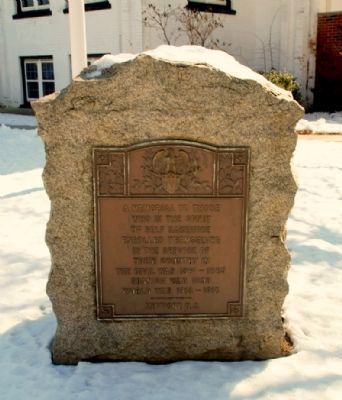 A memorial to those who in the spirit of self sacrifice, enrolled themselves in the service of their country in:

Topics. This historical marker and memorial is listed in these topic lists: War, Spanish-American • War, US Civil • War, World I. A significant historical year for this entry is 1861.

Location. 40° 26.169′ N, 74° 12.07′ W. Marker is in Keyport, New Jersey, in Monmouth County. Marker is at the intersection of Broad Street and 3rd Street on Broad Street. Monument is in front of the Free Public Library. Touch for map. Marker is at or near this postal address: 109 Broad Street, Keyport NJ 07735, United States of America. Touch for directions. 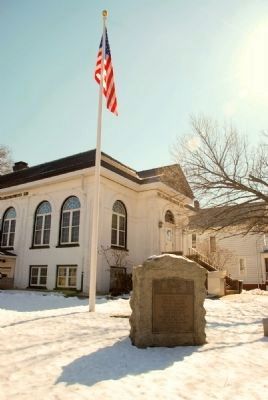 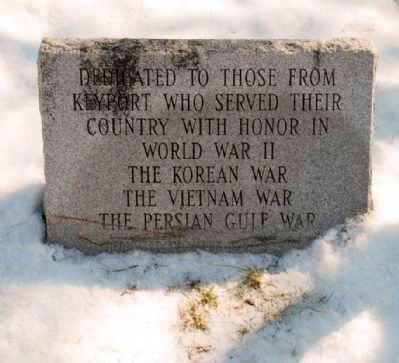 Photographed By R. C.
3. Sister Marker Immediately Next to War Memorial
Dedicated to those from Keyport who served their country with honor in