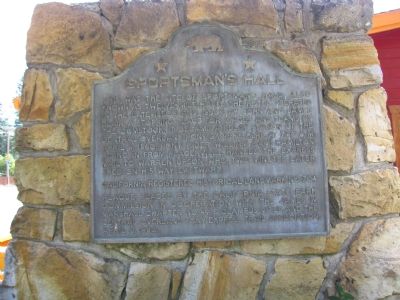 This was the site of Sportsman’s Hall, also known as Twelve-Mile House. The hotel operated in the late 1850’s and 1860’s by John and James Blair, a stopping place for stages and teams of the comstock. It became a relay station of the Central Overland Pony Express. Here, at 7:40 A.M., April 4, 1860, Pony Rider William (Sam) Hamilton, riding in from Placerville, handed the express mail to Warren Upson, who, two minutes later, sped on his way eastward.

Topics and series. This historical marker is listed in these topic lists: Communications • Roads & Vehicles 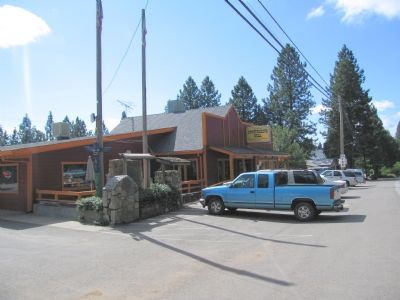 Click or scan to see
this page online
. In addition, it is included in the California Historical Landmarks, the E Clampus Vitus, and the Pony Express National Historic Trail series lists. A significant historical month for this entry is April 1861.

Related markers. Click here for a list of markers that are related to this marker. Follow the first Eastbound journey of the Pony Express through California to Genoa, Nevada....To better understand the relationship, study each marker in the order shown. 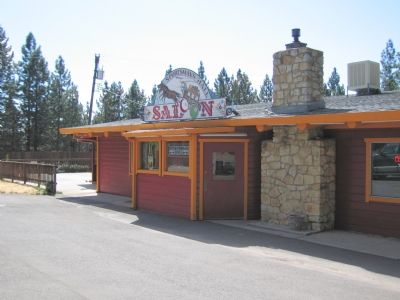 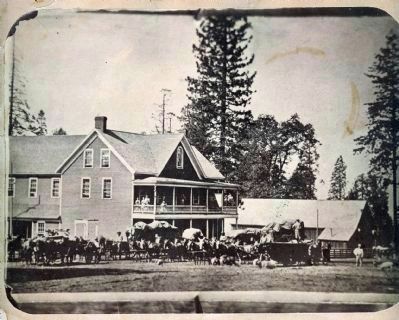 circa 1876
4. Sportsman’s Hall
Amanda and James Blair were married in 1865. Amanda and their two oldest daughters are standing on the balcony. 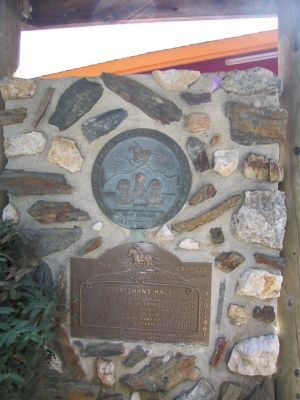