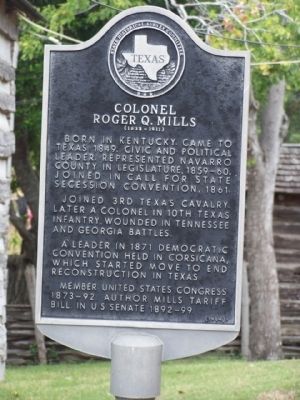 Topics. This historical marker is listed in this topic list: War, US Civil. A significant historical year for this entry is 1849. 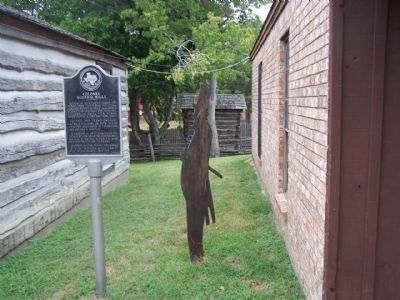 Regarding Colonel Roger Q. Mills. the Mills (Tariff) Bill, which provided for a reduction of the duties on sugar, earthenware, glassware, plate glass, woollen goods and other articles, the substitution of ad valorem for specific duties in many cases, and the placing of lumber (of certain kinds), hemp, wool, flax, borax, tin plates, salt and other articles on the free list. This bill was passed by the Democratic House on July 21, and was then so amended by a Republican Senate as to be unacceptable to the House. The tariff thus became the chief issue in the presidential campaign of 1888 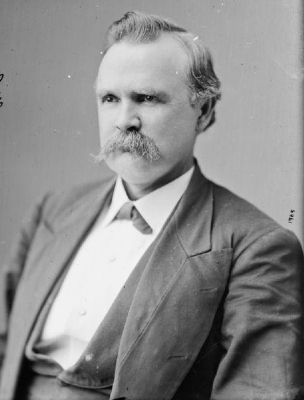