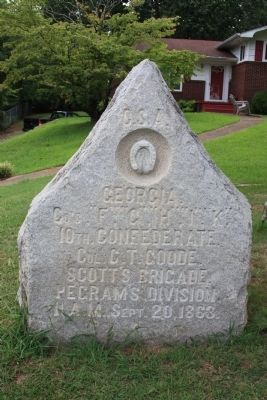 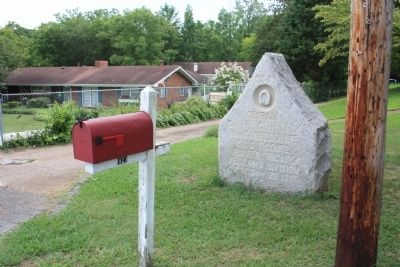 More about this marker. According to the description information provided by the National Park Service, the monument is, “A rock-faced, peaked-top granite slab, 4'6" wide x 6' high x 1'8" thick, that carries an inscription, with a horseshoe carved in relief above it. Marks unit's position on September 20, 1863, at 5:00 p.m.” and "Marker located in the town of Chickamauga, GA."

James H. Ogden, the Historian for the Chickamauga and Chattanooga National Military Park, has indicated that this unit marker is indeed positioned at the correct location. 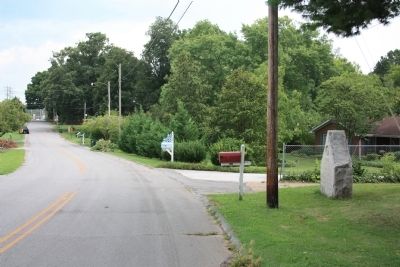