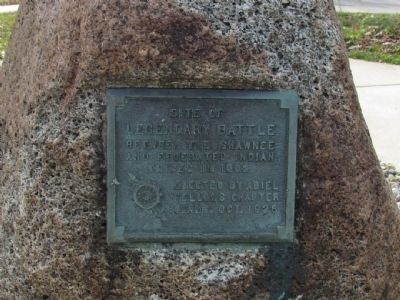 Erected 1925 by Abiel Fellows Chapter of the Daughters of the American Revolution.

Topics and series. This historical marker is listed in this topic list: Native Americans. In addition, it is included in the Daughters of the American Revolution series list. A significant historical year for this entry is 1802.

Location. 41° 56.542′ N, 85° 38.041′ W. Marker is in Three Rivers, Michigan, in St. Joseph County. Marker can be reached from West Michigan Avenue (State Highway 60) 0.1 miles east of Spring Street, on the right when traveling east. The marker is located in Scidmore Park near the southwest corner of the parking lot accessed from W. Michigan Ave. Touch for map. Marker is in this post office area: Three Rivers MI 49093, United States of America. Touch for directions.

Other nearby markers. At least 8 other markers are within walking distance of this marker. Three Rivers (about 300 feet away, measured in a direct line); Three Rivers Town Cannon (about 400 feet away); French Trading Post (approx. 0.2 miles away); Historic District (approx. 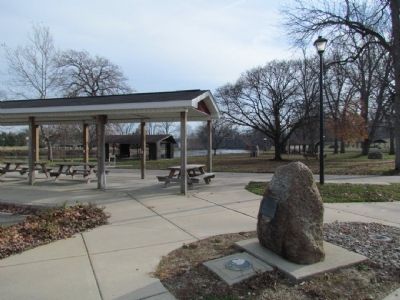