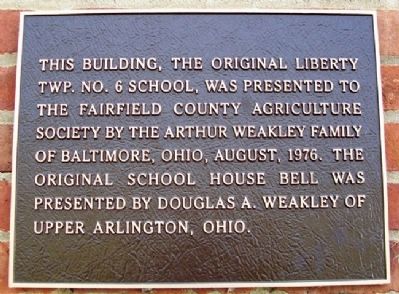 This building, the original Liberty Twp. No. 6 School, was presented to the Fairfield County Agriculture Society by the Arthur Weakley Family of Baltimore, Ohio, August, 1976. The original school house bell was presented by Douglas A. Weakley of Upper Arlington, Ohio. 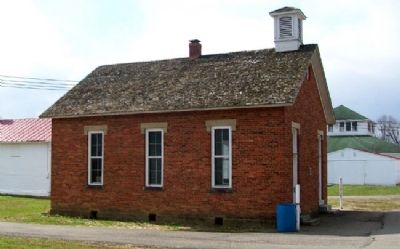 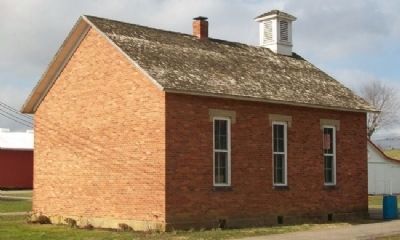