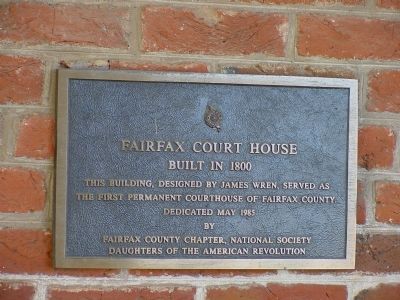 This building, designed by James Wren, served as the first permanent courthouse of Fairfax County.

Erected 1985 by the Fairfax County Chapter, National Society, Daughters of the American Revolution.

Topics and series. This historical marker is listed in this topic list: Government & Politics. In addition, it is included in the Daughters of the American Revolution series list. 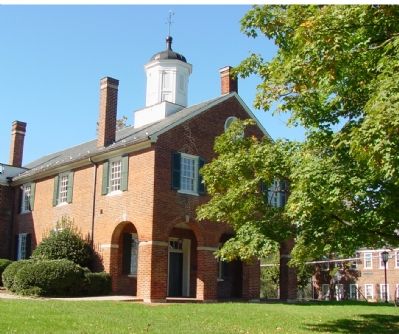 More about this marker. The courthouse complex is a legal exclave of Fairfax County that is completely surrounded by the City of Fairfax. 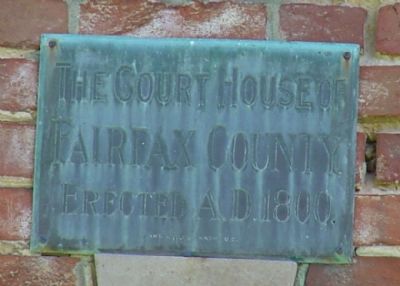 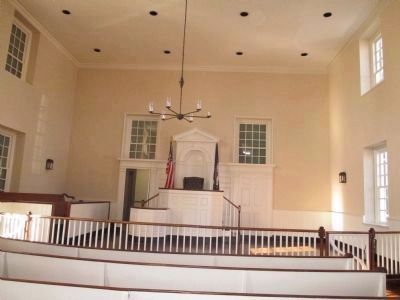 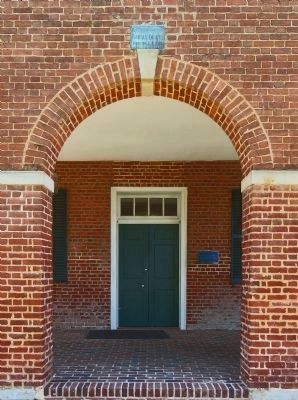 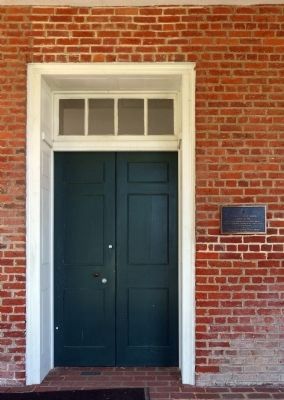 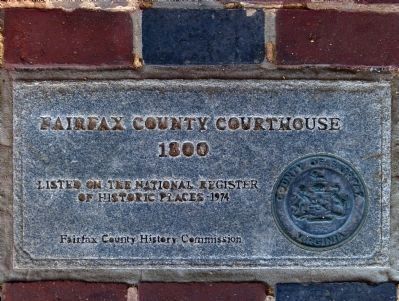 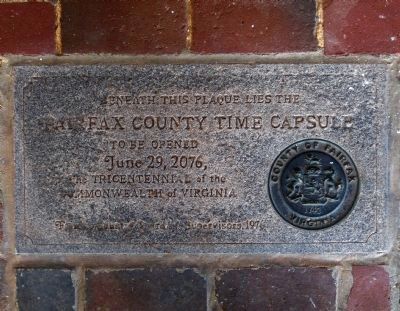 By Allen C. Browne, May 31, 2014
8. Fairfax Time Capsule
Beneath this plaque lies the
Fairfax Time Capsule
to be opened
June 29, 2076,
The Tricentennial of the
Commonwealth of Virginia
Fairfax Board of Supervisors 1976
stone marker on the floor of of the porch Fairfax Court House 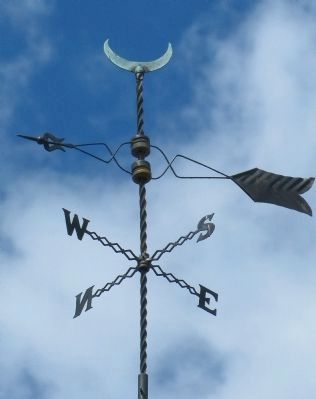 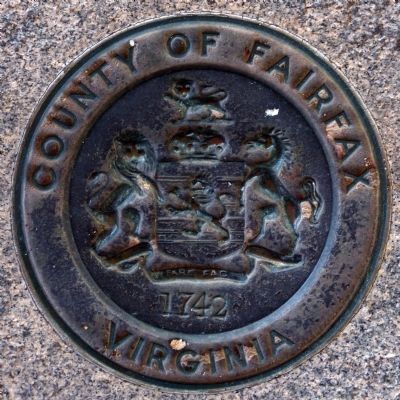