Photographed By Don Morfe, September 29, 2010
1. Saint Agnes Cemetery Marker
Inscription.
Saint Agnes Cemetery has been placed on the National Register of Historic Places by the United States Department of the Interior 2008 . This historical marker is in Menands in Albany County New York

Topics. This historical marker is listed in this topic list: Cemeteries & Burial Sites. A significant historical year for this entry is 2008.

Location. 42° 42.228′ N, 73° 43.416′ W. Marker is in Menands, New York, in Albany County. Marker is on Cemetery Avenue. The GPS Coordinates are the entrance to the cemetery. Touch for map. Marker is at or near this postal address: 48 Cemetery Avenue, Albany NY 12204, United States of America. Touch for directions. 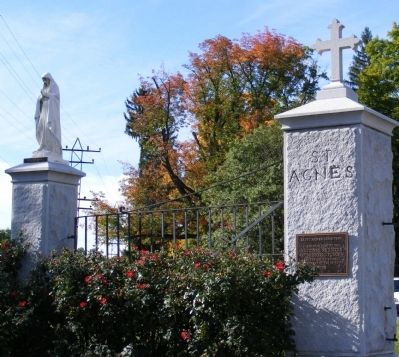 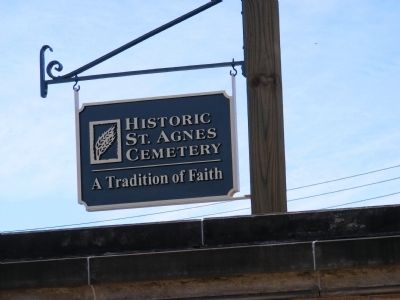 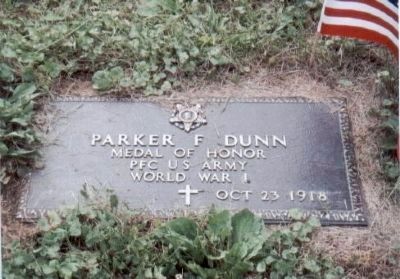 Photographed By Don Morfe, July 3, 2001
4. Saint Agnes Cemetery Marker
MEDAL OF HONOR CITATION: *DUNN, PARKER F. (KIA) Rank and organization: Private First Class, U.S. Army, Company A, 312th Infantry, 78th Division. Place and date: Near Grand-Pre, France, 23 October 1918. Entered service at: Albany, N.Y. Birth: Albany, N.Y. G.O. No.: 49, W.D., 1922. Citation: When his battalion commander found it necessary to send a message to a company in the attacking line and hesitated to order a runner to make the trip because of the extreme danger involved, Pfc. Dunn, a member of the intelligence section, volunteered for the mission. After advancing but a short distance across a field swept by artillery and machinegun fire, he was wounded, but continued on and fell wounded a second time. Still undaunted, he persistently attempted to carry out his mission until he was killed by a machinegun bullet before reaching the advance line. 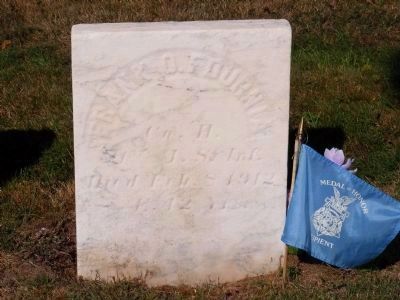 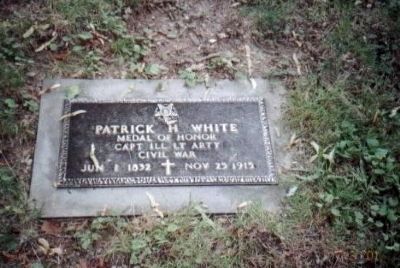 Photographed By Don Morfe, July 3, 2001
6. Saint Agnes Cemetery Marker
MEDAL OF HONOR CITATION: WHITE, PATRICK H. Rank and organization: Captain, Chicago Mercantile Battery, Illinois Light Artillery. Place and date: At Vicksburg, Miss., 22 May 1863. Entered service at: Chicago, Ill. Born: 1833, Ireland. Date of issue: 15 January 1895. Citation: Carried with others by hand a cannon up to and fired it through an embrasure of the enemy's works.
Credits. This page was last revised on June 16, 2016. It was originally submitted on January 4, 2013, by Don Morfe of Baltimore, Maryland. This page has been viewed 558 times since then and 36 times this year. Photos:   1, 2, 3, 4, 5, 6. submitted on January 4, 2013, by Don Morfe of Baltimore, Maryland. • Bill Pfingsten was the editor who published this page.
Share this page.