In Memory of Edwin Whiting Pioneer 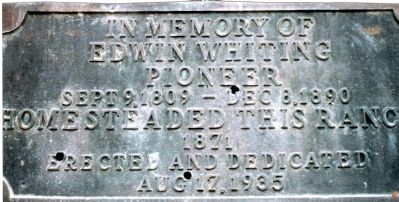 Topics. This historical marker is listed in these topic lists: Agriculture • Settlements & Settlers. A significant historical month for this entry is September 1891.

Location. 40° 14.124′ N, 111° 27.841′ W. Marker is near Springville, Utah, in Utah County. Marker is on Left Fork Hobble Creek Road, on the left when traveling north. The location marker shown on the map at present is at the wrong place, but the monument looks similar to the Edwin Whiting Monument. The marker on the map shows at the junction of the Right and Left Hand fork of the Hobble Crek Canyon. The location of the Edwin Whiting Monument is about 5.7 miles north in the Left Hand Fork of Hobble Creek Canyon starting at the Junction of the Forks. The monument is on the left hand side of the road, across from a large yellow "barn". Touch for map. Marker is in this post office area: Springville UT 84663, United States of America. Touch for directions.

Other nearby markers. At least 8 other markers are within 10 miles of this marker, measured as the crow flies 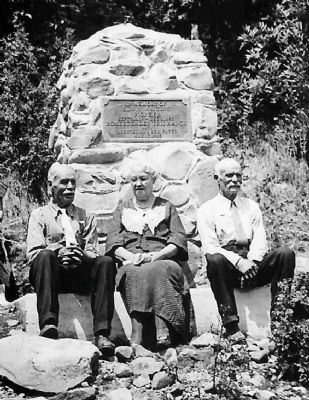 Also see . . .  Edwin Whiting - Hobble Creek. A collection of photos, stories, and other information about Edwin Whiting and his family. (Submitted on October 5, 2012.) 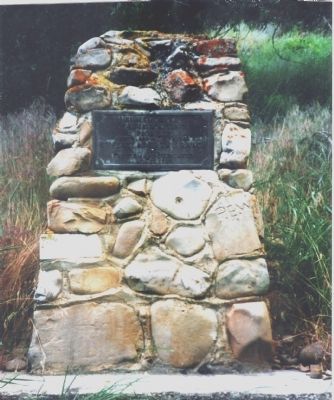