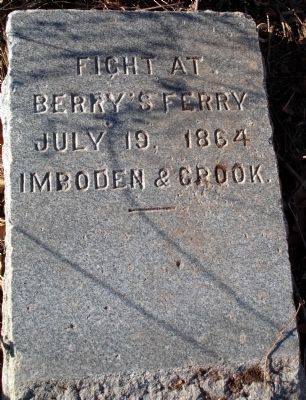 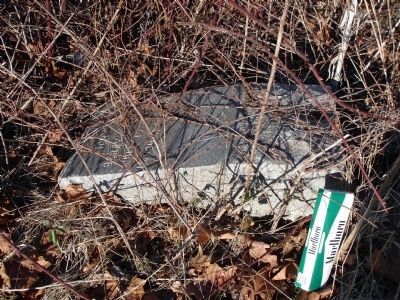 January 18, 2013
2. Fight at Berry's Ferry Marker
The marker is no longer upright and is in need of maintenance.
1. Clarke County Historical Association Proceedings, Vol. XV. (PDF) The introduction provides details about the placement of the marker and others in the series. The fight is detailed in pages 10-12. (Submitted on January 18, 2013.)

2. Civil War Engagements in Clarke County, Virginia. To the Sound of the Guns, Craig Swain (Submitted on January 18, 2013.) 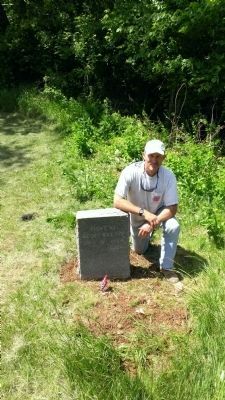 By Dave Clarke, 24 May 14
3. Fight at Berry's Ferry Marker
My son and I went out and reset this marker on behalf of Turner Ashby Camp #1567 of the Sons of Confederate Veterans and on behalf of my ggggrandfather, Pvt.Henry Hoover, Co. F, 62nd Virginia Mounted Infantry, who was a participant in this scuffle. 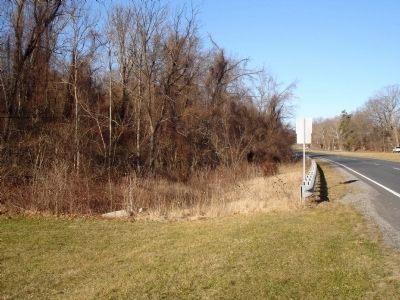 January 18, 2013
4. Fight at Berry's Ferry Marker
Marker is visible here on the ground a few feet from the shoulder of US Route 50. 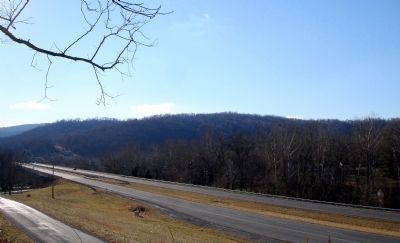