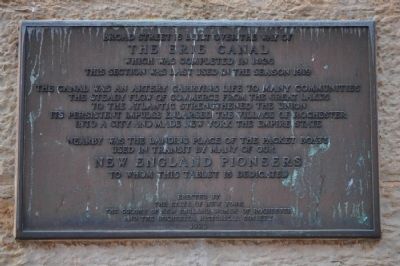 By Yugoboy, September 17, 2012
1. Broad Street Marker
Inscription.
Broad Street is built over the way of The Erie Canal Which was completed in1825 This section was last used in the season 1919 The canal was an artery carrying life to many communities The steady flow of commerce from the Great Lakes to the Atlantic strengthened the union Its persistent impulse enlarged the Village of Rochester into a city and made New York the Empire State Nearby was the landing place of the packet boats used in transit by many of our New England Pioneers to whom this tablet is dedicated . This historical marker was erected in 1929 by State of New York, the Colony of New England Women of Rochester and the Rochester Historical Society. It is in Rochester in Monroe County New York

Erected 1929 by State of New York, the Colony of New England Women of Rochester and the Rochester Historical Society.

Topics. This historical marker is listed in this topic list: Waterways & Vessels. A significant historical year for this entry is 1919. 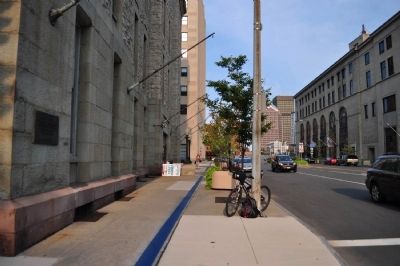 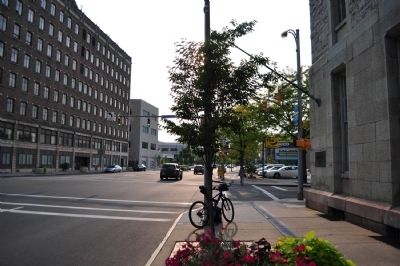