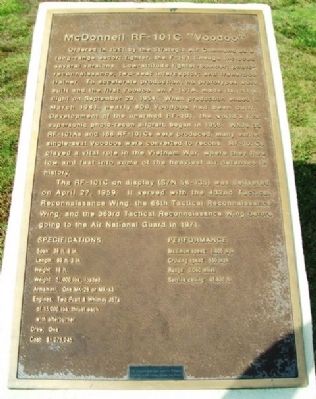 Ordered in 1951 by the Strategic Air command as a long-range escort fighter, the F-101 lineage included several versions: Low-altitude fighter-bomber; photo-reconnaissance; two-seat interceptor; and transition trainer. To accelerate production, no prototypes were built and the first Voodoo, an F-101A, made its initial flight on September 29, 1954. When production ended in March 1961, nearly 800 Voodoos had been built. Development of the unarmed RF-101, the world's first supersonic photo-recon aircraft, began in 1956. While 35 RF-101As and 166 RF-101Cs were produced, many earlier single-seat Voodoos were converted to recons. RF-101Cs played a vital role in the Vietnam War, where they flew low and fast into some of the heaviest air defenses in history. 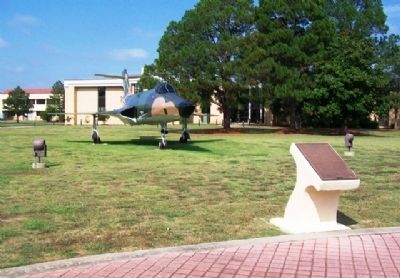 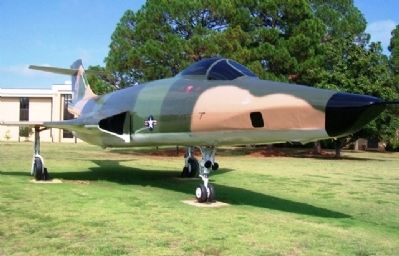 By William Fischer, Jr., October 7, 2012
3. McDonnell RF-101C "Voodoo"
distance of this marker); North American F-86A "Sabre" (within shouting distance of this marker); British and Commonwealth Pilots Trained in the U.S.A. (about 400 feet away, measured in a direct line); Boeing B-52D "Stratofortress" (about 400 feet away). Touch for a list and map of all markers in Maxwell Air Force Base.