Memorial - Canesque, Chief of the Senecas 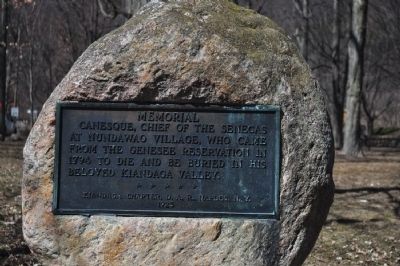 Chief of the Senecas at Nundawao Village, who came from the Genesee Reservation in 1794 to die and be buried in his beloved Kiandaga Valley.

Topics and series. This historical marker is listed in this topic list: Native Americans. In addition, it is included in the Daughters of the American Revolution (DAR) series list. A significant historical year for this entry is 1794. 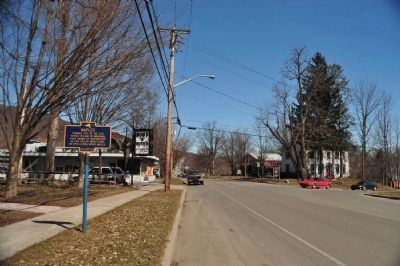 Photographed By Yugoboy, March 30, 2013
2. Facing North on North Main. Marker is to the left of the Naples Marker out of frame 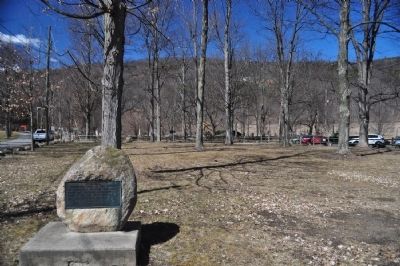 Photographed By Yugoboy, March 30, 2013
3. Memorial - Canesque, Chief of the Senecas Marker in situ 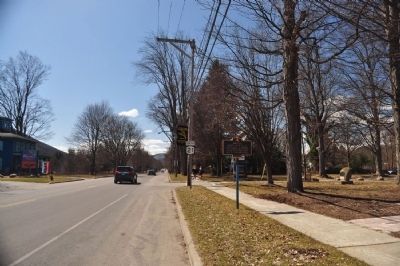