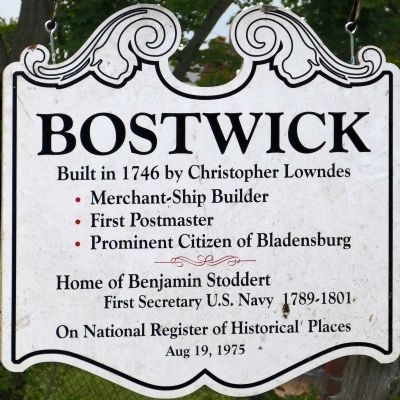 Bostwick
Built in 1746 by Christopher Lowndes

Topics. This historical marker is listed in these topic lists: African Americans • Colonial Era. A significant historical date for this entry is August 19, 1929. 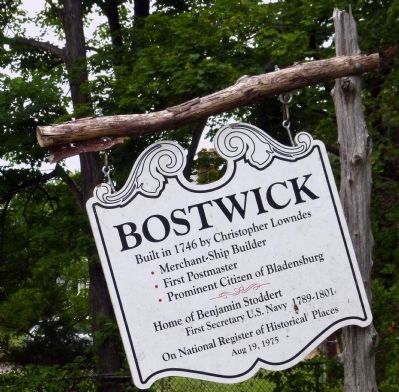 Additional commentary.
1. War of 1812
Benjamin Stoddert died in 1813. In August 1814 Bostwick was occupied by Thomas Barclay, British prisoner-of-war agent. His American counterpart John Mason had required him to move to Bladensburg. As British troops approached Bladensburg on August 24th, Mason ordered Barclay to move to Hagerstown. Barclay delayed, citing the need to guard his papers and his lack of a carriage. Mason sent him a carriage and Barclay left at 11:00 am, just before the battle began. His assistant George Barton entertained General Ross and other British officers here at Bostwick after the battle. Note To Editor only visible by Contributor and editor
— Submitted June 10, 2013, by Allen C. Browne of Silver Spring, Maryland. 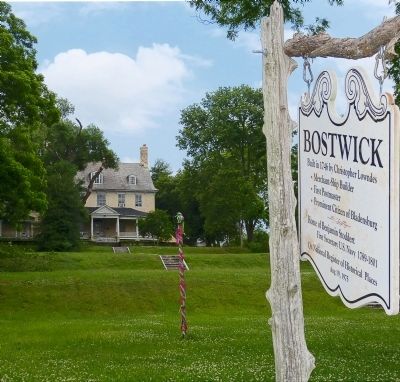 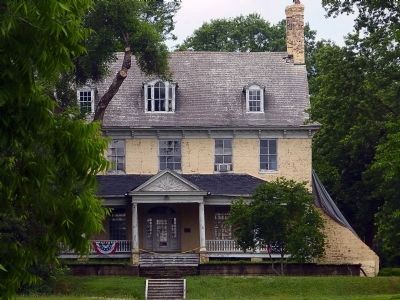 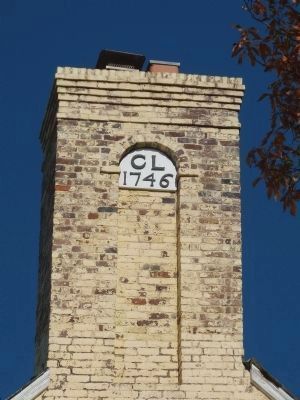 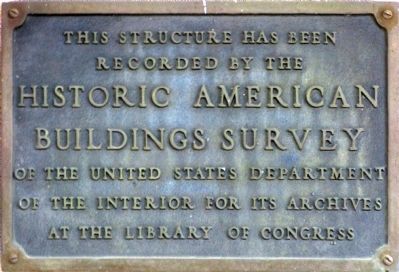 Photographed By Allen C. Browne, November 14, 2012
6. HABS Plaque
This Structure has been recorded by the Historic American Buildings Survey of the United States Department of the Interior for its archives at the Library of Congress. (This plaque is to the left of the front door.) 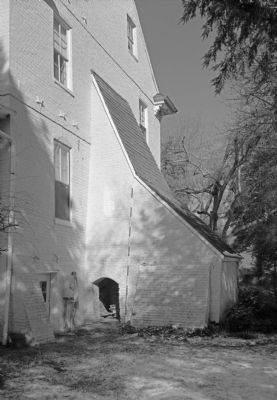 Historic American Building Survey
7. Chimney Buttress
The chimney buttress at Bostwick was added by Benjamin Stoddart. The chambers inside the Buttress were intended be used as a jail for unruly slaves. 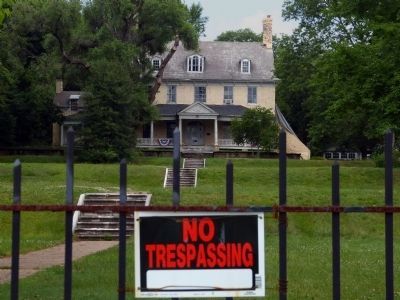 Photographed By Allen C. Browne, June 9, 2013
8. No Tresspassing
The grounds at Bostwick are currently closed to the public. 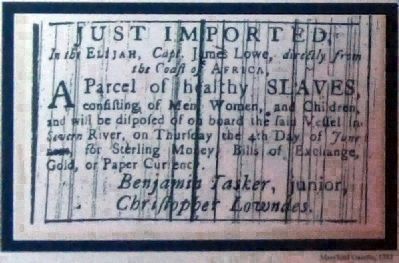 Photographed By Allen C. Browne, April 20, 2013
9. Advertisement
Christopher Lowndes and his brother-in-law Benjamin Tasker, junior were slave traders. This ad in the Maryland Gazette, May 28, 1752, announced the sale of men, women and children in Annapolis.
(photo from a display at Tasker's home, Belair.)