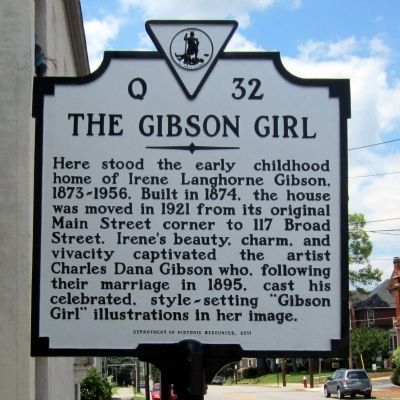 (side 1)
The Gibson Girl

Here stood the residence in which Irene Langhorne Gibson, 1873-1956 was born. Built in 1874, the house was moved in 1921 from its original Main Street corner to 117 Broad Street. Irene's beauty, charm, and vivacity captivated the artist Charles Dana Gibson who, following their marriage in 1895, cast his celebrated, style-setting "Gibson Girl" illustrations in her image.

Here stood the residence in which Nancy Langhorne, Viscountess Astor, 1879-1964, was born. Built in 1874, the house was moved in 1921 from its original Main Street corner to 117 Broad Street. Lady Astor, noted for her wit, advocacy of Women's Rights, strong views on temperance, and articulate affection for her native state, was the first woman to sit, 1919-1945, in the British House of Commons. 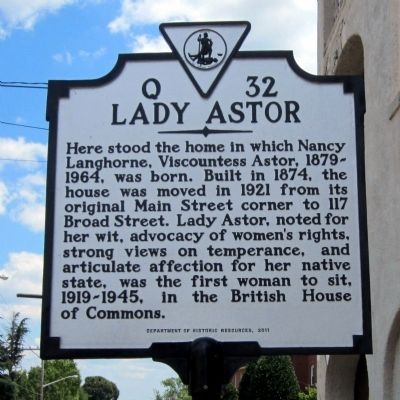 By Bernard Fisher, June 15, 2013
2. Lady Astor Marker
. Marker is at the intersection of Broad Street and Main Street (Virginia Route 293), on the right when traveling south on Broad Street. Touch for map. Marker is in this post office area: Danville VA 24541, United States of America. Touch for directions. 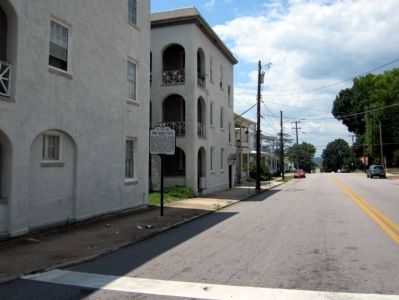 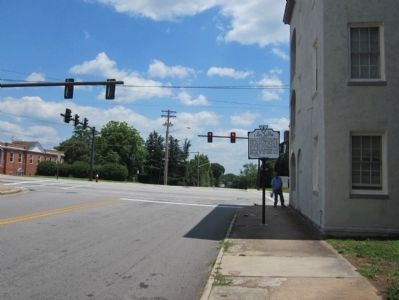 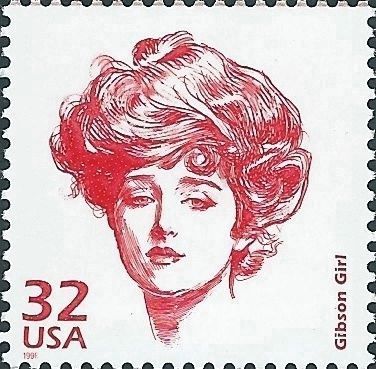 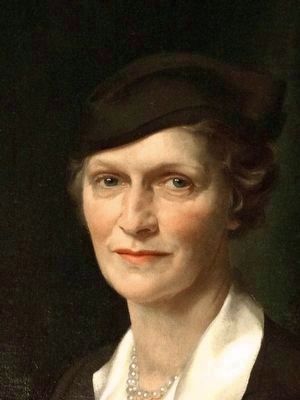 “Born in Danville, Virginia, on May 19, 1879, Lady Astor was the first woman member of the British Parliament, elected November 28, 1919, and represented Plymouth, Sutton Division.

The portrait of Lady Astor, dressed in attire that she customarily wore when sitting as a Member of the British Parliament, was presented in 1937 to Governor George C. Peery by a committee representing the ladies of the Commonwealth. ”
More. Search the internet for The Gibson Girl / Lady Astor.