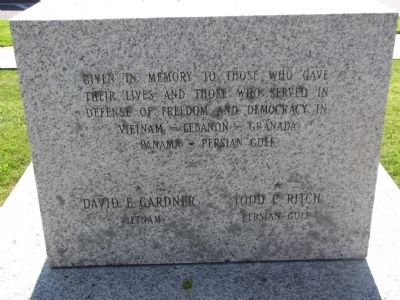 Location. 43° 14.104′ N, 72° 25.471′ W. Marker is in Charlestown, New Hampshire, in Sullivan County. Memorial is at the intersection of Main Street (Route 12) and Depot Road, on the left when traveling north on Main Street. Touch for map. Marker is in this post office area: Charlestown NH 03603, United States of America. Touch for directions.

Other nearby markers. At least 8 other markers are within walking distance of this marker. Charlestown World War II and Korean Conflict Memorial (here, next to this marker); Charlestown Civil War and World War Memorial (here, next to this marker); General John Stark's Expedition to Bennington (about 500 feet away, measured in a direct line); This Boulder from the Hill-Side (about 600 feet away); Captain Phineas Stevens 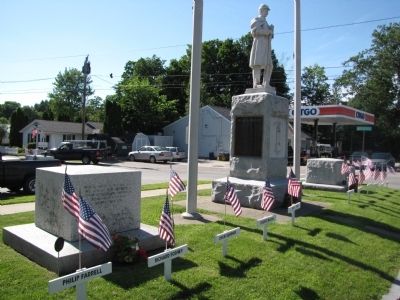