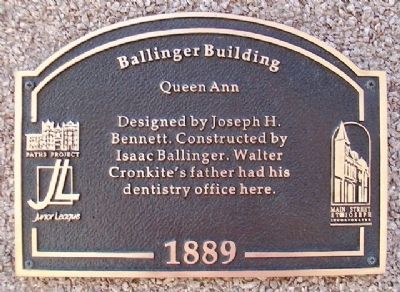 Topics. This historical marker is listed in these topic lists: Architecture • Science & Medicine. 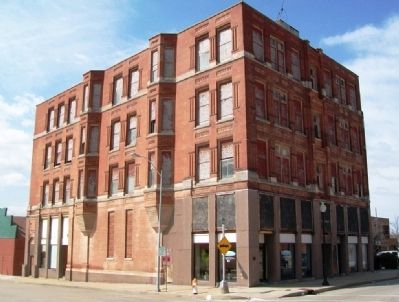 By William Fischer, Jr., April 6, 2013
2. Ballinger Building and Marker
Pioneer Building (about 800 feet away); Donnell Court Building (approx. 0.2 miles away). Touch for a list and map of all markers in St. Joseph.

Additional comments.
1. Spelling on the marker
The use of Queen Ann for the architecture is taken verbatim from the marker. It is usually spelled Queen Anne.
— Submitted September 30, 2020, by Devry Becker Jones of Washington, District of Columbia.