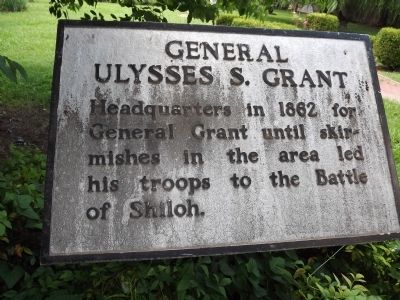 Headquarters in 1862 for General Grant until skirmishes in the area led his troops to the Battle of Shiloh.

Topics and series. This historical marker is listed in this topic list: War, US Civil. In addition, it is included in the Former U.S. Presidents: #18 Ulysses S. Grant series list. A significant historical year for this entry is 1862.

Location. 35° 36.84′ N, 88° 48.699′ W. Marker is in Jackson, Tennessee, in Madison County. Marker can be reached from the intersection of Main Street and Walden Street, on the right when traveling east. This marker is in a small park, on right just past railroad tracks. Touch for map. Marker is at or near this postal address: 538 E Main Street, Jackson TN 38301, United States of America. Touch for directions. 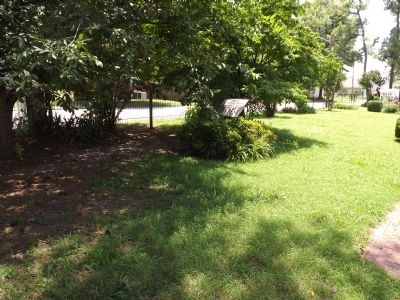