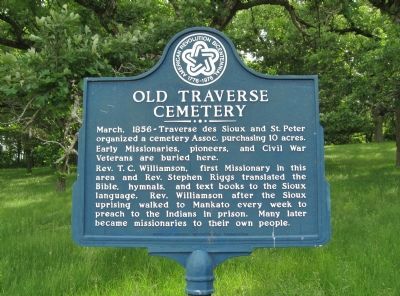 Rev. T. C. Williamson, first Missionary in this area and Rev. Stephen Riggs translated the Bible, hymnals, and text books to the Sioux Language. Rev. Williamson after the Sioux uprising walked to Mankato every week to preach to the Indians in prison. Many later became missionaries to their own people.

Topics and series. This historical marker is listed in these topic lists: Cemeteries & Burial Sites • Churches & Religion. In addition, it is included in the Daughters of the American Revolution (DAR), and the The Spirit of ’76, America’s Bicentennial Celebration series lists. A significant historical year for this entry is 1856. 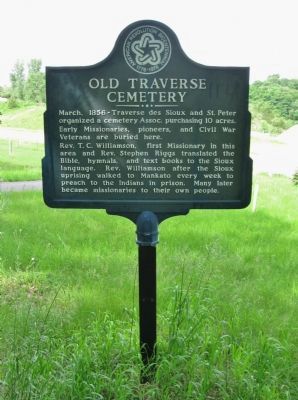 Click or scan to see
this page online
is on County Road 20, 1.2 miles north of State Highway 22, on the right when traveling north. Marker is in Green Lawn Cemetery. Touch for map. Marker is in this post office area: Saint Peter MN 56082, United States of America. Touch for directions. 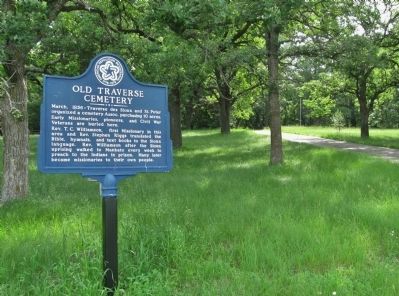 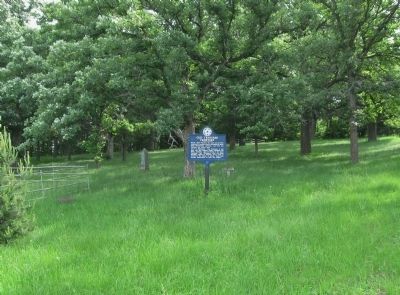 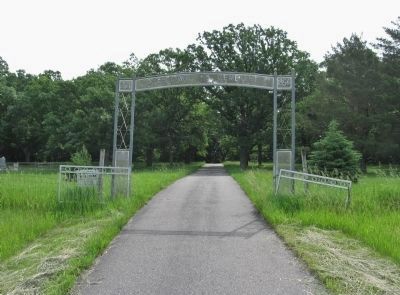 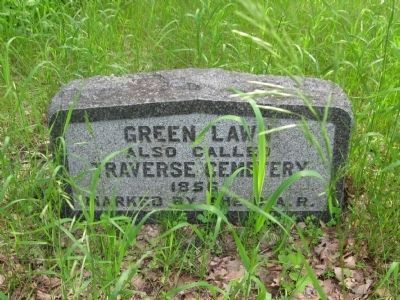 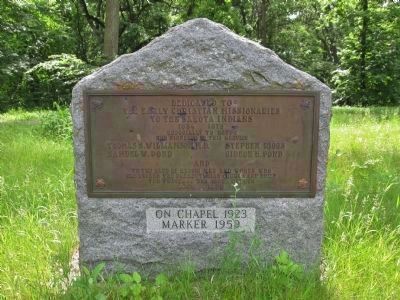